U.S. State Department: Iran’s IRGC has set up a training base in Lebanon 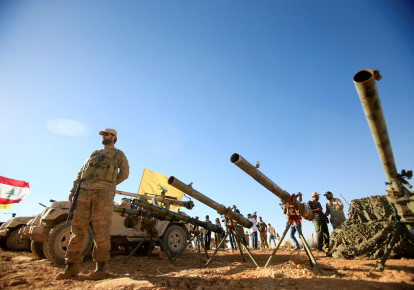 The US State Department has released a video alleging that Iran has established a military training base in Lebanon in close proximity to Rayak Air Force base near the border with Syria.

The video, released in an Arabic language tweet on Tuesday, said that the Iranian Revolutionary Guard Corps’ Quds Force training facility near Beit Moubarak on Lebanon’s eastern border opposite Syria’s Zabadani is a training facility for armoured personnel carriers.

“We see a small little valley that goes down. This has a series of berms that are alternating, the ones on the left, and the next ones on the right. This is a training course for armored personnel carriers,” Joseph S. Bermudez Jr., Senior Fellow for Imagery Analysis at Center for Strategic & International Studies (CSIS) said in the video.

According to Seth G. Jones, Senior Advisor at CSIS, Iran’s goal with a base like the one in Lebanon is to improve the capabilities of its local allies like Hezbollah and has similar training facilities in Iran “where it can bring individuals from all of these locations.”

“The IRGC’s Quds Force is Iran’s primary military actor in the Middle East. It competes with countries like the United States by training, advising and equipping sub-state forces including Shia militias in Iraq, Hezbollah in Lebanon,” he said.