U.S. Marines jam an Iranian drone in the Gulf, destroying it 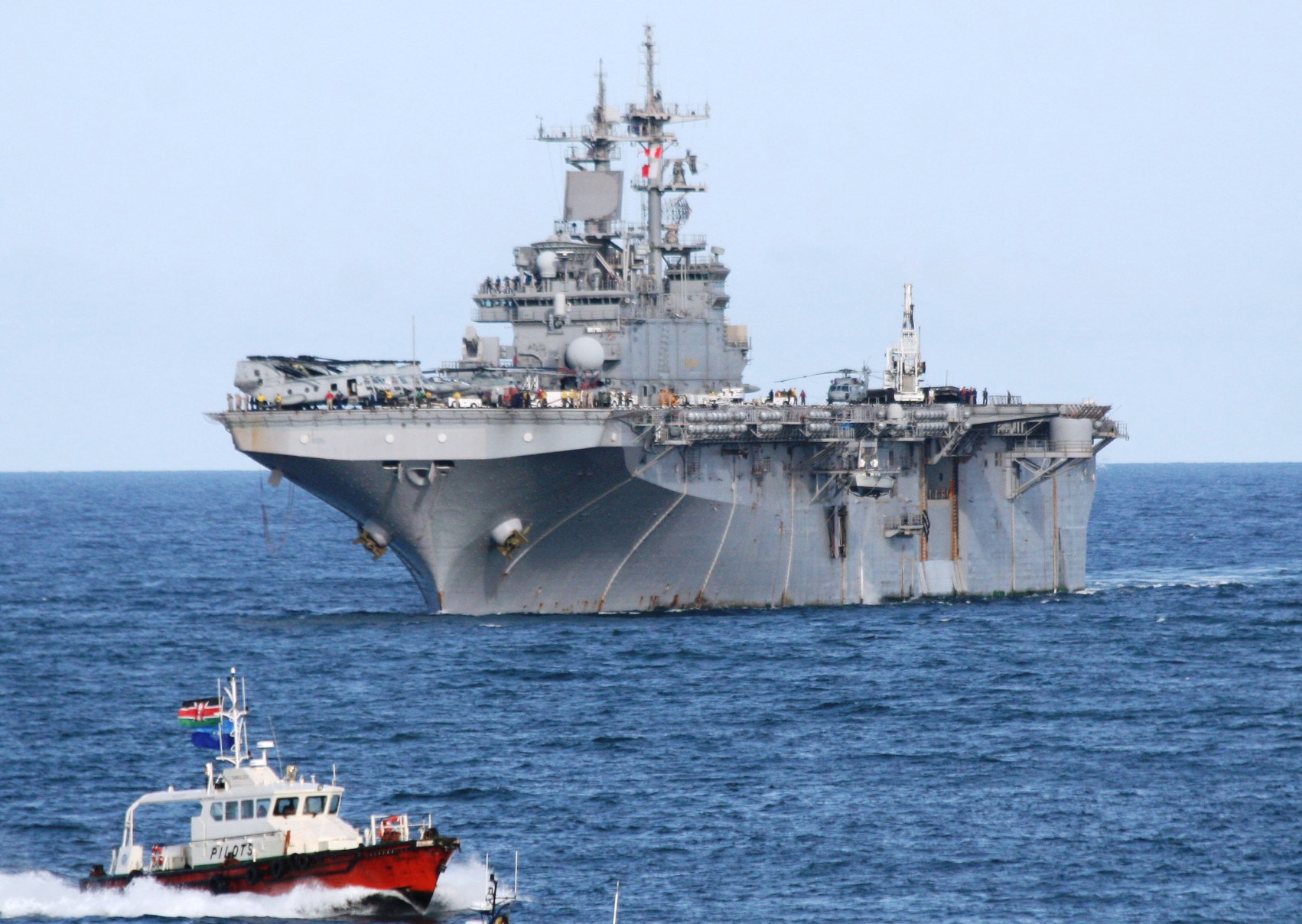 U.S. Marines jammed an Iranian drone in the Gulf of Hormuz Thursday, senior defense officials said, bringing the aircraft down and destroying it. It was the latest in a series of tense incidents between Washington and Tehran.

Iran, however, denied that it had lost any drones in the area.

President Donald Trump earlier told reporters at the White House on Thursday that the USS Boxer — an amphibious assault ship — “took defensive action” against the Iranian drone that had “closed into a very, very near distance, approximately 1,000 yards.”

The drone was “threatening safety of the ship and the ship’s crew” and “was immediately destroyed,” he said.

“This is the latest of many provocative and hostile actions against vessels operating in international waters,” the president said, adding that the United States “reserves the right to defend our personnel, our facilities, our interests, and calls upon all nations to condemn Iran’s attempts to disrupt freedom of navigation and global commerce. “

“I also call on other nations to protect their ships as they go through the strait and to work with us in the future,” Trump added.

On Friday, Iran’s Deputy Foreign Minister Seyed Abbas Araghchi said none of the country’s drones had been brought down.

In a statement sent to local media, Iran’s Revolutionary Guard forces also denied the U.S.’s claims, adding that a drone had conducted a reconnaissance mission and flown back to base.

Earlier, a U.S. defense official told NBC News that the drone was brought down by members of the 11th Marine Expeditionary Unit.

The downing of the drone was just the latest incident to be reported near the Strait of Hormuz, a strategic waterway off Iran’s coast which separates the Persian Gulf and the Gulf of Oman. A third of the world’s seaborne oil shipments and 20 percent of oil traded worldwide pass out of the Persian Gulf through the strait.

Earlier this month, several Iranian boats attempted to stop a British commercial vessel sailing through the strait, but the vessels were driven away by a British military ship, a senior U.S. defense official and a British government spokesperson said.

And last month, Iran’s Revolutionary Guard said it shot down a U.S. surveillance drone. Iranian officials claimed they shot down the unmanned aircraft after it entered Iranian airspace, but the U.S. has disputed that and said the drone was in international airspace above the Strait of Hormuz.

After the U.S. drone was shot down, Trump tweeted that the U.S. was “cocked & loaded” to retaliate with military strikes on Iranian targets, but called off the action after being told 150 people could die.

The U.S. has also blamed Iran for what the military said was a limpet mine attack on two oil tankers in the Gulf of Oman in June. Iran has denied any involvement in the incident.

Pressure in the region has been building since the Trump administration withdrew from the 2015 nuclear agreement and imposed punishing sanctions on the country. The administration has also designated the Revolutionary Guard a foreign terrorist organization. Last month, Trump signed an executive order putting in place new sanctions.