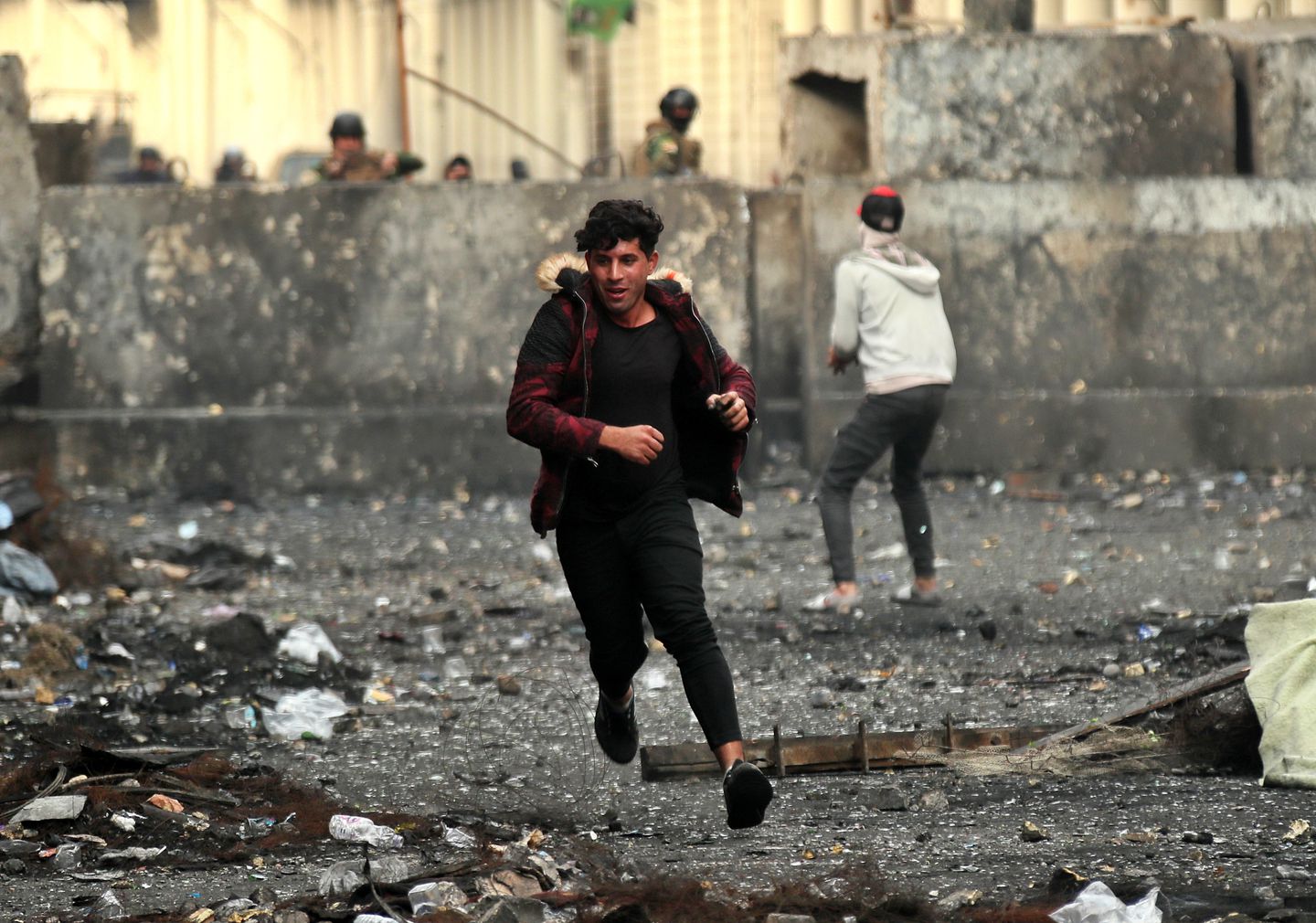 The Trump administration on Friday blacklisted the leaders of three militias in Iraq that U.S. officials said opened fire on peaceful protesters and killed dozens of people.

The designations of the militia leaders who command groups the United States considers proxies of Iran are part of the administration’s campaign to increase sanctions pressure on the country, which supports several Shiite militia in neighboring Iraq.
Since October, hundreds of Iraqi protesters have been killed by security forces responding to anti-government demonstrations in Baghdad and cities in the Shiite-majority south. The protesters have demanded more jobs, an end to corruption and more public services, while denouncing the nation’s leadership as beholden to Iran.

“The Iraqi people want their country back,” Secretary of State Mike Pompeo said in a statement released after the Treasury Department announced the latest designations. “They are calling for genuine reform and accountability and for trustworthy leaders who will put Iraq’s national interests first. Those demands deserve to be addressed without resort to violence or suppression.”

The designations have more symbolic value than practical impact. They freeze any U.S. assets held by the leaders and prohibit Americans from doing business with them.

“Peaceful public dissent and protest are fundamental elements of all democracies,” he said. “The United States stands with the Iraqi people in their efforts to root out corruption. We will hold accountable the perpetrators of human rights abuse and corruption in Iraq.”

As waves of anti-government protests have convulsed both Iraq and Iran, the State Department has repeatedly condemned the violence. On Thursday, a senior State Department official said 1,000 or more protesters in Iran may have been killed by security forces.

The administration is highlighting sanctions this week in advance of International Anti-corruption Day on Monday and International Human Rights Day on Tuesday.