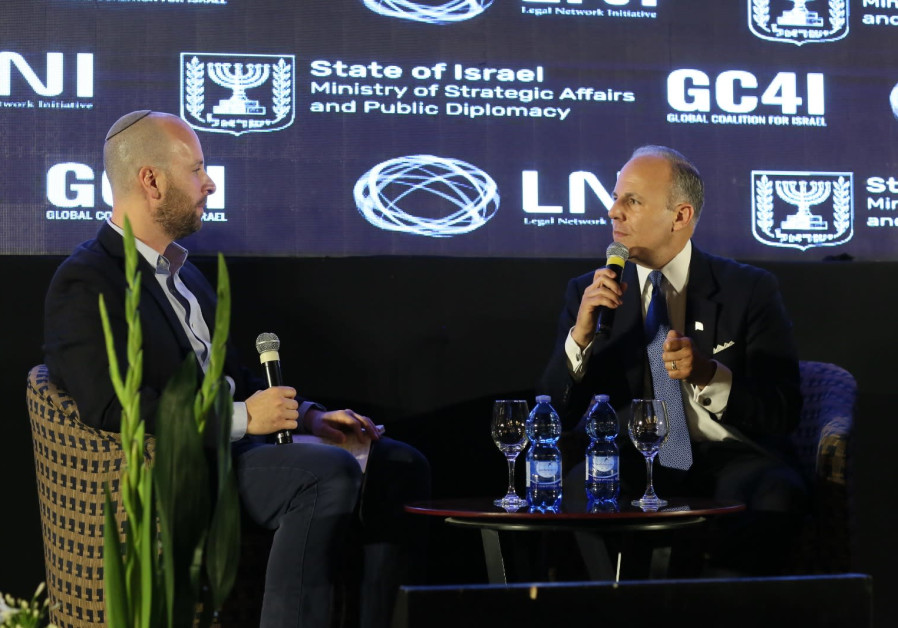 Carr, interviewed on stage at the Global Coalition 4 Israel Conference by Jerusalem Post Editor-in-Chief Yaakov Katz, said such a move was an unfortunate but necessary step.

“We live in a time of danger,” Carr said. “Any synagogue, every JCC, should have guards. God willing, may they never be needed, but they should be there.”

Carr was appointed to the position by US President Donald Trump earlier this year, after the post had been empty since Trump took office in 2017.  Carr told the gathered audience of Jewish professionals and lay leaders that the president is fully committed to fighting antisemitism in the US and abroad.

“The rhetoric of the president couldn’t be clearer,” Carr said Wednesday. “Every time the president speaks on this issue, he calls [antisemitism] a vile poison that must be rooted out.”