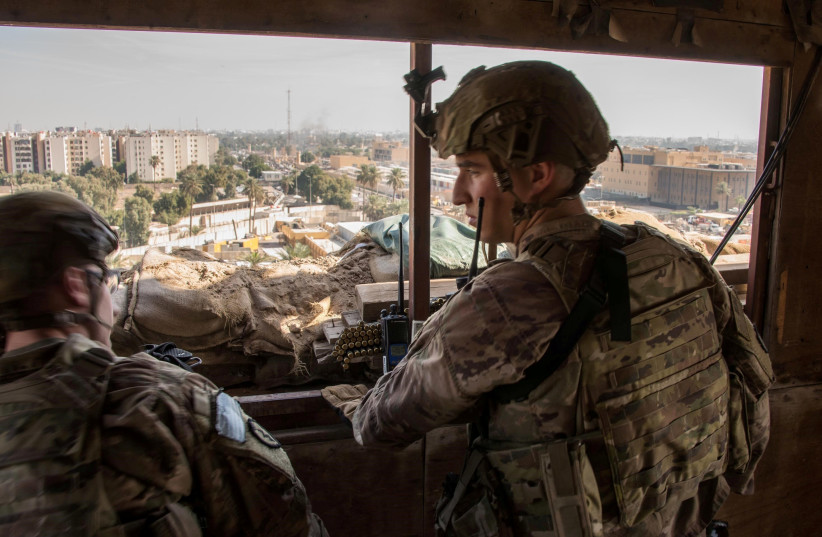 Two US troops killed in rocket attack on base near Baghdad

Two US troops and a British national were killed in a rocket attack on Iraq’s Taji military camp north of Baghdad on Wednesday. Unidentified aircraft carried out airstrikes against Iranian-backed militias in eastern Syria soon after the attack, killing at least 18 Iraqi nationals.

CENTCOM confirmed that three soldiers had been killed later in the night, adding that “the attack is under investigation by the Coalition and Iraqi Security Forces. Camp Taji is an Iraqi base that hosts Coalition personnel for training and advising missions. Approximately 18 107mm Katyusha rockets struck the base. The Iraqi Security Forces found a rocket-rigged truck, a few miles from Camp Taji.”