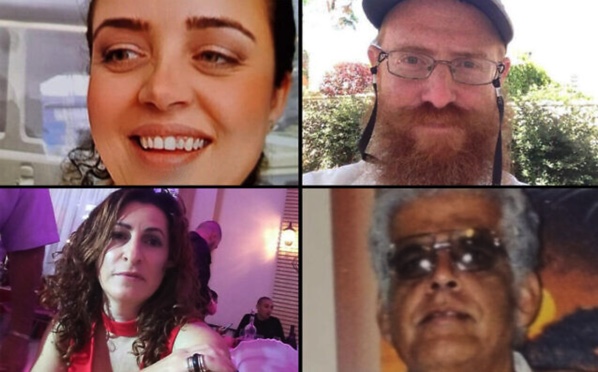 Two mothers of 3, a Chabad rabbi, a brother of 4: The terror victims named

The four people killed by an Arab Israeli knifeman in a Beersheba terror attack on Tuesday were named as Doris Yahbas, 49, a mother of three, Laura Yitzhak, 43, also a mother of three, Rabbi Moshe Kravitzky, a father of four, and Menahem Yehezkel, 67, a brother to four.

Yahbas was from Moshav Gilat, west of Beersheba, the Merhavim Regional Council said in a statement. She is survived by her husband and children.

Her funeral was planned for Wednesday at Gilat’s cemetery.

Yahbas’s nephew, Yisrael Ozen, a paramedic for the Magen David Adom first responder service, had rushed to the scene of the stabbing where he discovered that one of the victims was his aunt.

“While giving treatment I noticed that it was my aunt, my mother’s sister,” he said.

Yahbas, who was stabbed in the entrance to a clothes shop, was already showing no vital signs and medics were forced to declare her dead, he said.

“I was shocked,” Ozen admitted, but said he could not linger and needed to attend to his uncle, Yahbas’s husband, who had arrived at the location.