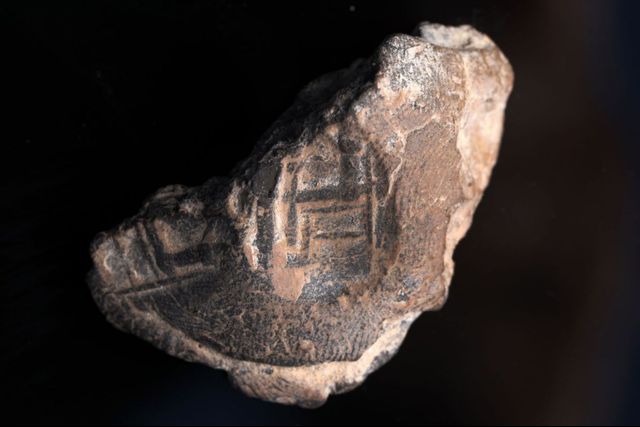 An ancient seal and a seal impression found at an archaeological site in Jerusalem offered Israeli archaeologists a glimpse at the restoration of the city after its fall to the Babylonian armies in 6th century BCE, Israel’s Antiquities Authority recently announced.

The two artifacts were discovered at the Givati Parking Lot Excavation site in the City of David area just to the south of Jerusalem’s Old City walls, during a joint excavation project by the Antiquities Authority and the Tel Aviv University.

The imprint of a seal on a large piece of clay found by the researchers depicts a person — likely, a king — sitting on a chair or a throne, with at least one column in front of him, possibly symbolizing Marduk, the patron deity of Babylon, and Nabu, another key Mesopotamian deity.

Another finding is a seal, made of a piece of locally-produced pottery. Divided into two sections, it features two shapes, possibly pseudo-epigraphic — designed to look like letters — inside a rounded border.

The findings are estimated to date back to the era after the First Temple was destroyed by the Babylonians following the 586 BC fall of Jerusalem, a period that is mostly known to scholars through Biblical sources, the press release notes.