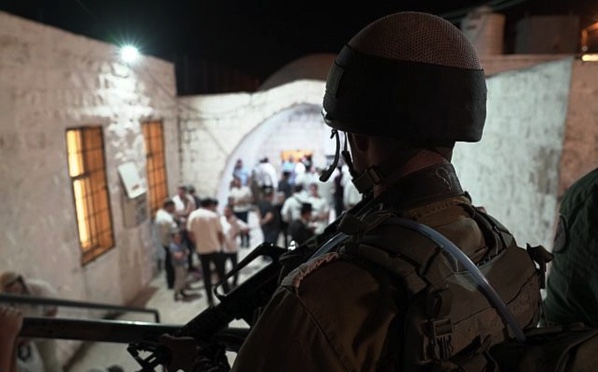 Two Jews were shot and wounded while trying to reach Joseph’s Tomb near the West Bank city of Nablus, the Israel Defense Forces said Monday morning.

The two men, part of the Bratslav Hasidic community, were attempting to get to the shrine without having coordinated with the military, which usually oversees visits by Jewish worshipers.

The circumstances of the shooting were not immediately clear. The army said the men went through an unmanned roadblock at the entrance to Nablus.

The incident came a day after Palestinians vandalized and set fire to parts of the shrine, drawing widespread condemnation in Israel.

According to Channel 12 news, the two said they had wanted to help restore the shrine.

After the shooting, the men, and the rest of their group, managed to reach an IDF checkpoint near the shrine, where they were given first aid and were taken to Beilinson hospital in Petah Tikvah, the army said.