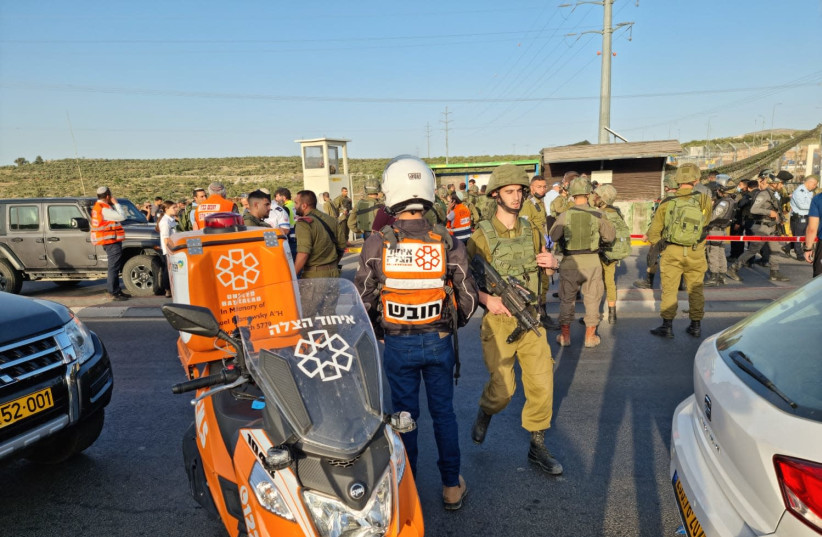 Three Israelis in their 20s were injured on Sunday evening in a shooting incident at the Tapuah Junction in the Samaria region of the West Bank.

The incident occurred near a bus stop and hitch-hiking post at the junction. Two of the victims were rendered unconscious and were critically and seriously injured, while one suffered only light injuries.

The IDF said that shots were fired at the bus stop from a passing car. Soldiers responded with gunfire and are searching for the vehicle, which fled the scene towards the nearby town of Hawara, N12 reported, citing Palestinian media.

Senior MDA medic Aviel Mamlia said that when he arrived at the scene, two of the injured were lying unconscious on the ground and one was sitting upright.

Medics treated the wounds and had to resuscitate one of the victims, he said.