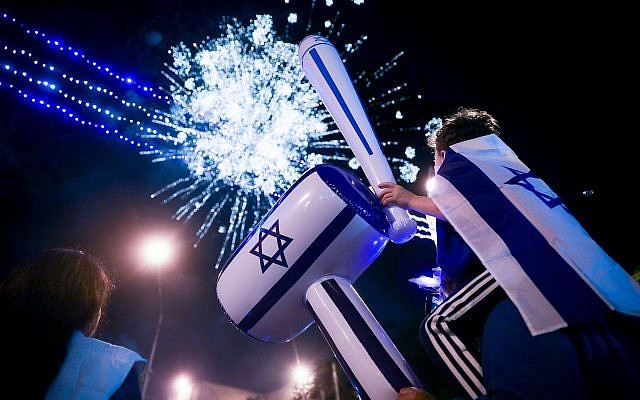 The two, 21-year-old Ahmad Ja’abis and 19-year-old Basel Abidat, are residents of the East Jerusalem neighborhood of Jabel Mukaber.

According to the indictment filed by Jerusalem prosecutors, they became interested in the Islamic State terror group in 2016, studied bomb-making and rocket construction online, and tried to join the organization’s “Sinai Province” branch in Egypt earlier this year.

Abidat attempted to cross into Sinai through Jordan in June, but was stopped by Jordanian border police, the indictment said.

In September, with their attempts to join IS in Sinai stymied, the two discussed ways to carry out terror attacks against Israelis instead.

The attacks, the indictment charges, were intended “to kill as many Jews as possible in the name of Daesh [IS].”

The two are charged with membership in a terror organization and planning terror attacks.

Only a few dozen of Israel’s roughly 1.56 million Arab citizens and permanent residents have joined the ranks of Islamic State since it declared its self-styled “caliphate” in 2014, according to the Shin Bet security service. Most were either killed in action or have since returned to Israel and been arrested.

On July 31, one Arab Israeli, Sayyaf Sharif Daoud, was interviewed on Al Arabiya asking Prime Minister Benjamin Netanyahu to work to repatriate him from a Syrian prison.

In April, Interior Minister Aryeh Deri moved to strip another IS fighter of his Israeli citizenship for traveling to Syria to join the group six years earlier. Deri instructed ministry officials to take action in absentia against Abdallah Hajleh at the recommendation of the Shin Bet.