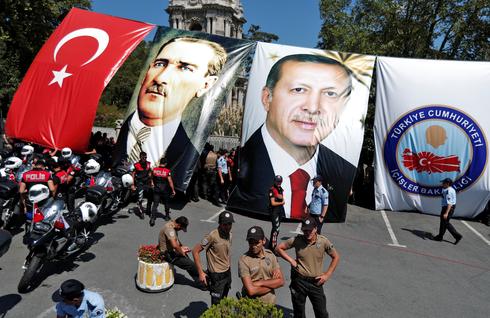 A Turkish court on Thursday convicted an employee of the U.S. Consulate in Istanbul of membership in an armed terror organization and sentenced him to eight years and nine months in prison, the state-run news agency reported.

Metin Topuz, a translator and assistant for the U.S. Drug Enforcement Agency, has been jailed since 2017, accused of links to U.S.-based Turkish cleric Fethullah Gulen. The Turkish government blames Gulen for the 2016 coup attempt and considers his network to be a terrorist organization.

Topuz’s arrest and subsequent prosecution had caused tensions between Ankara and Washington.

The accusations were based on the fact that he had contacts with police officers believed to be members of Gulen’s vast network of followers. Topuz has maintained his innocence throughout his trial and is expected to appeal the verdict.

In his final words in his own defense before the verdict, Topuz told the court that he had been in contact with Turkish police, paramilitary police and customs officials as part of his job with the DEA and had no way of knowing that these officials were involved in criminal acts.