Turkey’s Erdogan: Whoever is on Israel’s side, we are against them 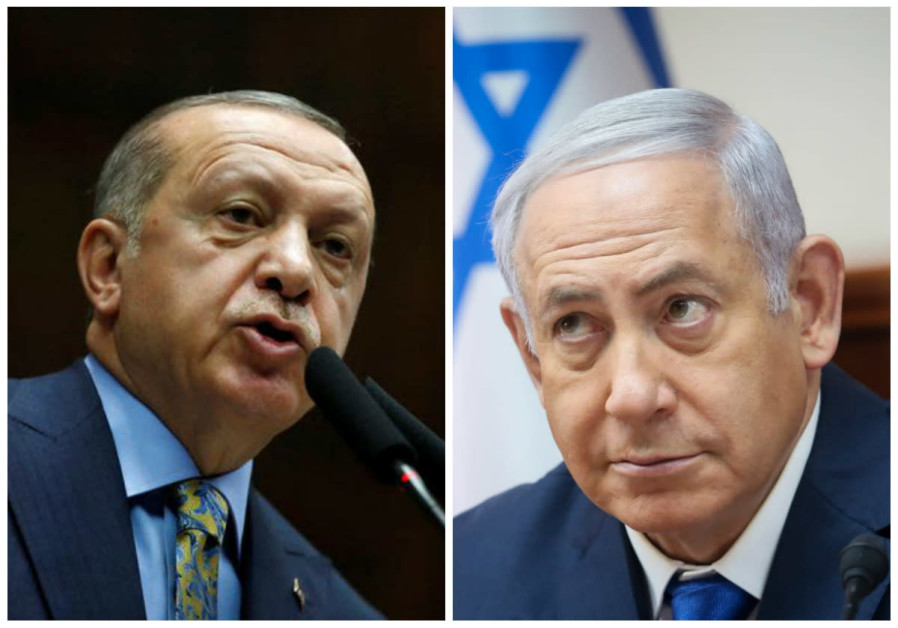 “Whoever is on the side of Israel, let everyone know that we are against them,” Turkish President Recep Tayyip Erdogan said on Saturday, according to Iran’s Press TV.

Erdogan made the comments as he addressed senior provincial officials from the ruling AKP party in Ankara.

“We do not approve of silence on the state terror that Israel blatantly carries out in Palestine,” Erdogan said.

“We do not approve of silence on the state terror that Israel blatantly carries out in Palestine,” Erdogan said.

Erdogan made waves last year when he said that the spirit of Adolf Hitler had re-emerged among some Israeli policymakers.

In March, a spokesperson for Erdogan slammed Netanyahu for comments he had made regarding the Nation-State Law, inspiring Netanyahu to say that “Turkey’s dictator Erdogan attacks Israel’s democracy while Turkish journalists and judges fill his prisons. What a joke!”

Nonetheless, a recent Channel 12 report said that the Mossad had helped prevent numerous terror attacks from Iran and ISIS.

Erdogan’s party took a beating in mayoral elections in June, breaking his aura of invincibility in his country and delivering a message from voters unhappy over his policies.