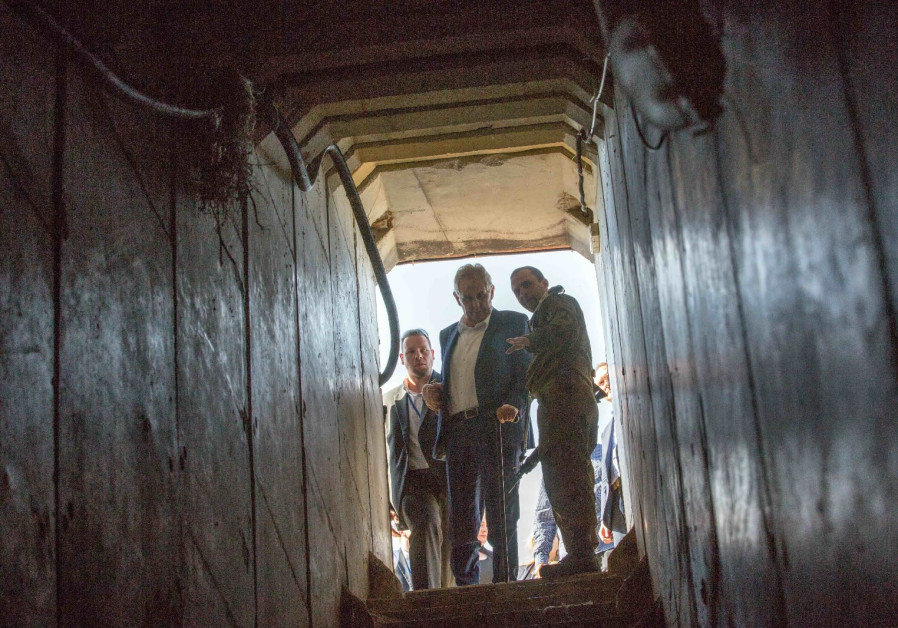 Tunnels and terror: A subterranean war

In April 2017, a lumbering American MC-130 prop plane flew over a mountainous area in eastern Afghanistan. Just before 8 p.m., the plane dropped a 9,797 kg. bomb, known as a GBU-43, the largest non-nuclear explosive ever used, on a tunnel network used by Islamic State. Thirty-six ISIS members were killed in the massive explosion that followed, according to US estimates. That tunnel network was more complex than the one that Hezbollah has built in southern Lebanon. But just as the US has had to contend with terrorist tunnels, Israel and all countries facing terrorism are increasingly forced to fight an underground war.

The complex of caves and tunnels is one of many in Afghanistan used by terrorist groups. ISIS, like many terrorist groups, has become expert in tunneling. ISIS didn’t invent this on its own. The group expanded on technology that other terrorist groups have used. ISIS also used tunnels that have existed in places like Iraq, Syria and Afghanistan for decades. Some of these are bunker complexes that various regimes built and were improved upon by the terrorists, or they may be terrorism tunnels built by groups such as the Taliban and Al-Qaeda.
In Douma, Syrian rebels built a complex of tunnels which the BBC termed “quite a work of engineering.” Excavated through solid clay and stones, it was big enough to “drive a vehicle down.” It was a “subterranean life,” said the reporter said who descended into the Douma tunnels.

Four of Hezbollah’s cross-border tunnels into Israel have now been exposed since Israel began Operation Northern Shield. None of these tunnels were large enough for vehicles. To understand their origin and the kinds of difficulty in confronting them, we need to look back at the 2006 Lebanon war. Hezbollah spent decades improving its terrorist infrastructure in southern Lebanon. After Israel withdrew in 2000 from southern Lebanon, Hezbollah’s leaders planned an extensive network of what were labeled “nature reserves” by Israel, complexes of tunnels and bunkers designed to conceal the group’s growing arsenal. Hezbollah attempted to make them not only difficult to find but also difficult to bomb, according to a 2016 article by the Foundation for Defense of Democracies.

According to the report by David Daoud, it built fortified areas in 200 villages. In an article called ‘We were caught unprepared’ published by the US Army Combined Arms Center in 2008, the authors looked at Hezbollah’s tunnel expertise. According to this study, which quoted an Iranian Revolutionary Guard Corps officer, Hezbollah had “North Korean advisers [who] had assisted Hezbollah in building tunnel infrastructure.” One tunnel was supposedly 25 km. long. This extraordinary claim, printed in the London-based daily Al-Sharq al-Awsat, may be inaccurate. The actual reports of the tunnel system by one IDF soldier after the 2006 war, quoted in a book called Back to Basics, remarked that he found a bunker near Maroun al-Ras. It was 8 meters deep and linked several rooms. It had a camera that Hezbollah used to monitor movement outside.