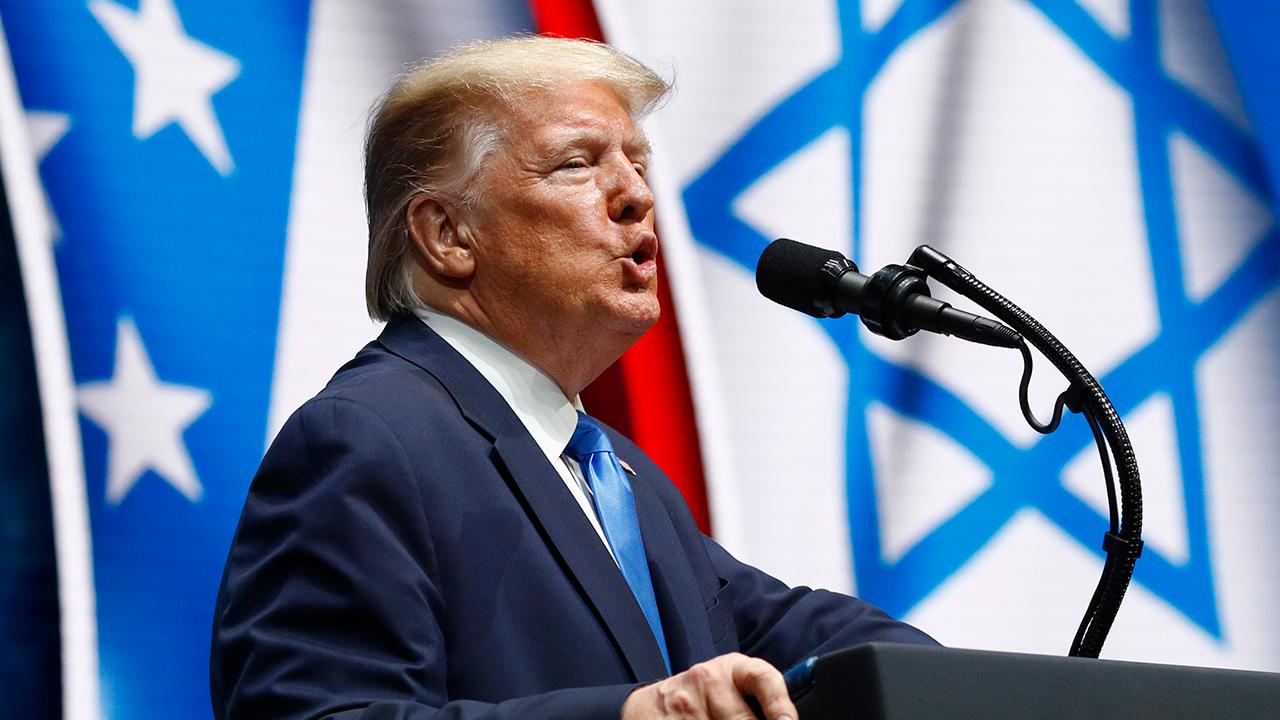 President Trump signed an executive order Wednesday that would cut federal funding to colleges and universities that don’t curb anti-Semitism against Jewish students.

Trump’s new order is set to hit the Boycott, Divestment, and Sanctions (BDS) movement head-on. It invoked Title VI of the Civil Rights Act of 1964 to fight anti-Semitic rhetoric on college campuses and called on federally funded agencies to adopt the International Holocaust Remembrance Alliance definition of anti-Semitism in cases of discrimination.

“This is my message to universities,” Trump said during a Hanukkah reception at the White House. “If you want to accept the tremendous amount of federal funding you get every year, you must reject anti-Semitism.”

The shootout left six people dead, including the shooters, three bystanders and New Jersey Police Detective Joseph Seals, who was shot in the head and upper arm at a nearby cemetery before the suspects took off for the kosher supermarket. The mayor said late Tuesday that the market was “targeted,” but officials noted Wednesday that investigators were not prepared to elaborate on the motive behind the incident.

Addressing the violence in New Jersey, Trump said Wednesday that Americans mourned “with one heart” for those who died in the shooting and vowed to combat anti-Semitic violence in the country.

“With one voice, we vow to crush anti-Semitism wherever and whenever it appears,” he said.

Trump’s executive order drew bipartisan praise with David Krone, the chief of staff to former Sen. Harry Reid, D-Nev., saying: “I know people are going to criticize me for saying this, but I have to give credit where credit is due.”

The Trump administration has received praise from both sides of the aisle but also had critics saying the new executive order violated free-speech rights.

Jeremy Ben-Ami, the president of J Street, a left-leaning group, blasted the measure as having “a chilling effect on free speech” and a “crackdown on campus critics of Israel.”

A pro-Palestinian organization accused Trump of trying to “silence Palestinian-rights activism” by equating opposition to Israeli treatment of Palestinians with anti-Semitism.

“Israeli apartheid is a very hard product to sell in America, especially in progressive spaces,” Munayyer said in a statement published by The New York Times. “And realizing this, many Israeli apartheid apologists, Trump included, are looking to silence a debate they know they can’t win.”

Jewish Coalition national chairman Norm Coleman, a former Republican senator from Minnesota, said the executive order will have a real and positive impact in protecting Jewish college students from anti-Semitism.

“Sadly, every day, Jewish students on college campuses face outrageous attacks on their Jewish identity and beliefs,” he said. “The rapid increase in such incidents in recent years is of great concern.”

Christians United for Israel, the largest pro-Israel organization in the nation, thanked Trump and Jared Kushner for doing what Congress could not as they failed to pass the Anti-Semitism Awareness Act.

“It is astonishing to me that Congress dithered with meaningless resolutions while violent anti-Semitic incidents were surging across the country, but it is precisely because of such Congressional paralysis that President Trump’s executive order is the right and necessary path to adopting the IHRA’s definition,” CUFI Action Fund Chairwoman Sandra Parker said in a statement.

In July, Congress passed a bipartisan condemnation of BDS as a movement that “promotes principles of collective guilt, mass punishment and group isolation, which are destructive of prospects for progress towards peace.”