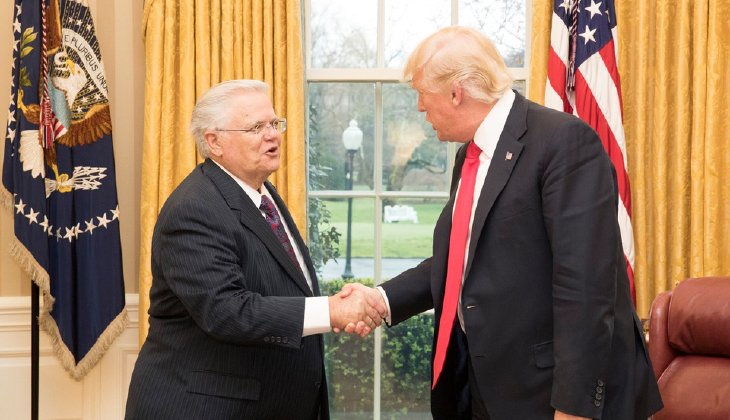 President Trump and Vice President Mike Pence have boosted speculation for big cuts to U.S. contributions to the United Nations and moving the American embassy in Israel to Jerusalem by meeting with a prominent group that promotes both causes.

Late last Friday, leaders from Christians United for Israel, including Pastor John C. Hagee and Gary Bauer, met with Pence who had taken a trip with the group to Israel. They then were invited to visit with Trump in the Oval Office.

Hagee posted a note and pictures about the visits on Facebook:

“This past week was both exciting and productive. We had several important meetings, the first of which was with Vice President Mike Pence. Following the meeting with the Vice President, we had the privilege to go to the Oval Office to meet President Donald J. Trump. He was very gracious, very kind, and very appreciative of your prayers and support. – Pastor John Hagee”

The group played an influential role in helping the administration win support for its ambassador to Israel, David Friedman. He was narrowly approved, 52-46.

A source said that the group was “extremely involved” in the nomination fight.