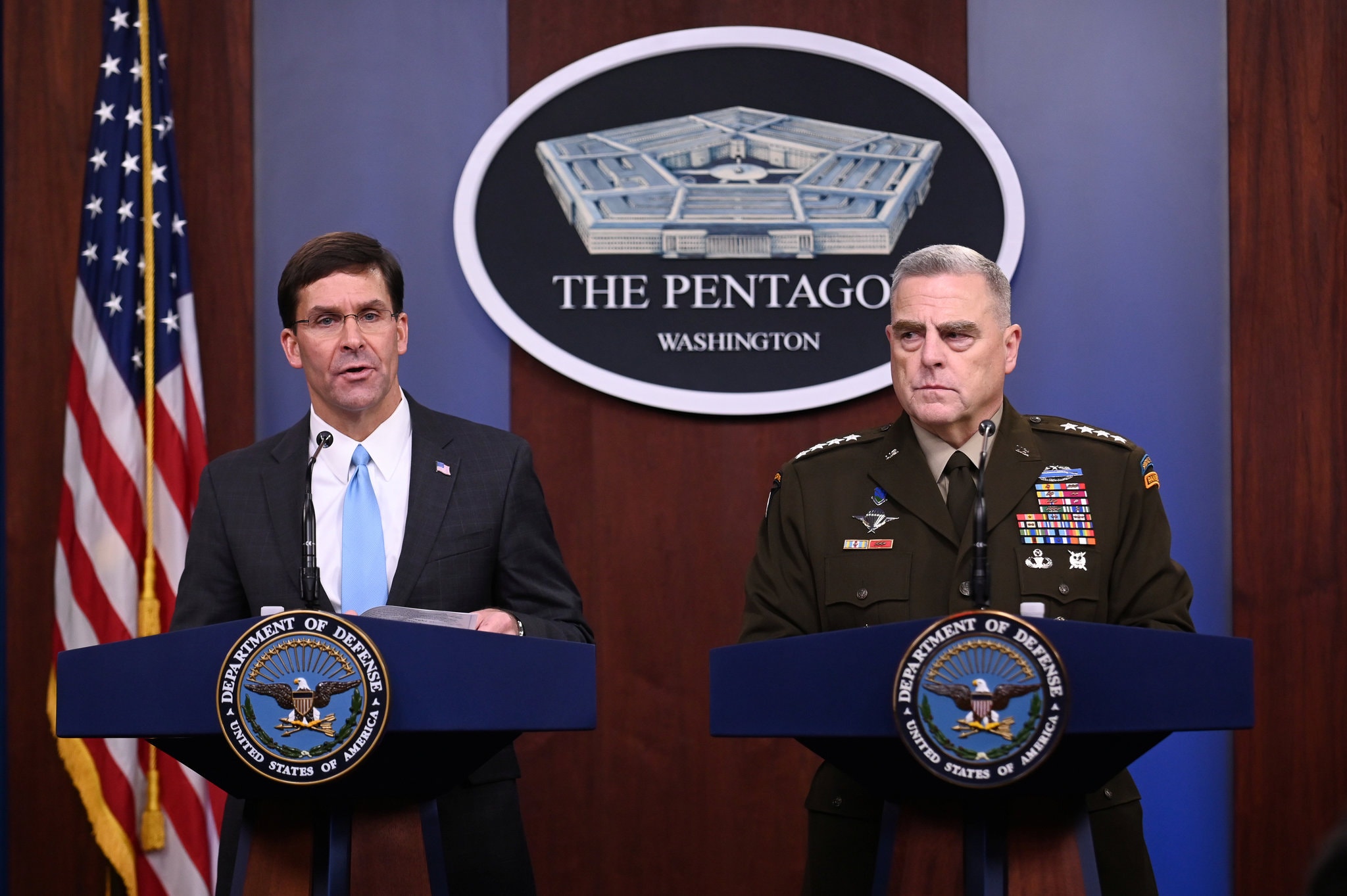 WASHINGTON — The United States is sending about 3,000 additional troops to Saudi Arabia in the latest military response by the Trump administration after it accused Iran of attacks last month on Saudi oil facilities, the Pentagon said on Friday.

The move came only five days after President Trump said that his desire to terminate America’s “endless wars” led to his decision to pull back from the border area between Syria and Turkey about 50 troops who were working to create a “safe zone” between Turkish and Kurdish troops.

State Department officials struggled on Friday to answer questions about how the roles of the incoming American forces in the Persian Gulf kingdom and those being pulled back from the Syrian border differed, and whether the deployments to Saudi Arabia contradicted the president’s strategy of withdrawing from the Middle East.

“The troops that we are sending into Saudi and the enhanced assets are defensive,’’ said Brian H. Hook, the State Department’s special representative for Iran. “They are there to defend our interests and to help Saudi defend itself.”
Sign up for The Interpreter
Subscribe for original insights, commentary and discussions on the major news stories of the week, from columnists Max Fisher and Amanda Taub.

At the Pentagon, Defense Secretary Mark T. Esper said he was dispatching two Air Force fighter squadrons, or about four dozen warplanes, as well as Patriot antimissile batteries and other air and missile defenses to the kingdom.

“Saudi Arabia is a longstanding security partner in the Middle East, and has asked for additional support to supplement their own defenses,” Mr. Esper told reporters at the Pentagon, noting that he had called Saudi officials Friday morning to notify them.

In the wake of the drone and missile strikes, which temporarily crippled about half of Saudi’s oil production, Mr. Trump initially weighed taking direct military action against Iran. The attacks, which Secretary of State Mike Pompeo recently called “an act of war,” rattled global energy markets. For the past two weeks, however, there has been no discussion of taking direct American military action against Iran for the strikes, apart from some consideration of proportionate cyber attacks.

Last month, Mr. Trump opted for a modest deployment of a couple of hundred troops, along with Patriot air and missile defense systems. Friday’s announcement builds on those forces, although the fighter jets essentially will replace warplanes now flying off the carrier Abraham Lincoln, which will leave the Gulf of Oman in the coming weeks, military officials said.

In response to Iranian attacks and provocations since May, Mr. Esper said the Pentagon has deployed about 14,000 additional forces to the gulf region. That includes airborne early warning aircraft, maritime patrol planes, Patriot air and missile defense batteries, B-52 bombers, a carrier strike group, armed Reaper drones and other engineering and support personnel.

Since May, a spate of attacks have left six oil tankers damaged in the Gulf of Oman, with Washington accusing Tehran of inciting them. Iranian officials have denied that claim. The downing of an American drone in June by an Iranian surface-to-air missile only heightened tensions, prompting Mr. Trump to approve military strikes against Iran — before abruptly pulling back.

Mr. Esper repeated the administration’s claim — backed by the United Kingdom, France and Germany — that Iran was also behind the attacks on the Saudi oil facilities.

“Despite Iran’s attempts to deny their involvement, the evidence recovered so far proves that Tehran is responsible for these attacks,” Mr. Esper said, without providing any proof.

The Saudis have recovered pristine circuit boards from one of the cruise missiles that fell short of its target, providing forensics specialists the possibility of tracing the missile’s point of origin, according to a senior American official briefed on the intelligence.

One theory gaining traction among American officials is that the cruise missiles were launched from Iran and programmed to fly around the northern Persian Gulf through Iraqi air space instead of directly across the gulf where the United States has much better surveillance.

Mr. Hook called the increased military presence part of a growing pressure campaign “to deprive the Iranian regime of the money that it needs to destabilize the Middle East and to terrorize other regions of the worlds” and “to bring Iran to the negotiating table.” He argued that Iran’s economy already has fallen into recession and could suffer an economic depression.

But Mr. Hook struggled when asked how Mr. Trump squares his abhorrence of sending troops to the Middle East with his decision to bolster troop levels in Saudi Arabia. Mr. Hook differentiated between forces that are actively at war and those that are largely in peacekeeping or deterrent roles.

Mr. Hook avoided saying much about the Turkey decision, which many of his colleagues in the State Department — and many Republican lawmakers — regarded as a major error. But he said that it was Mr. Trump himself who sent Mr. Pompeo to Saudi Arabia after the mid-September attack on its oil facilities “so that we could have this discussion about their defensive needs.”