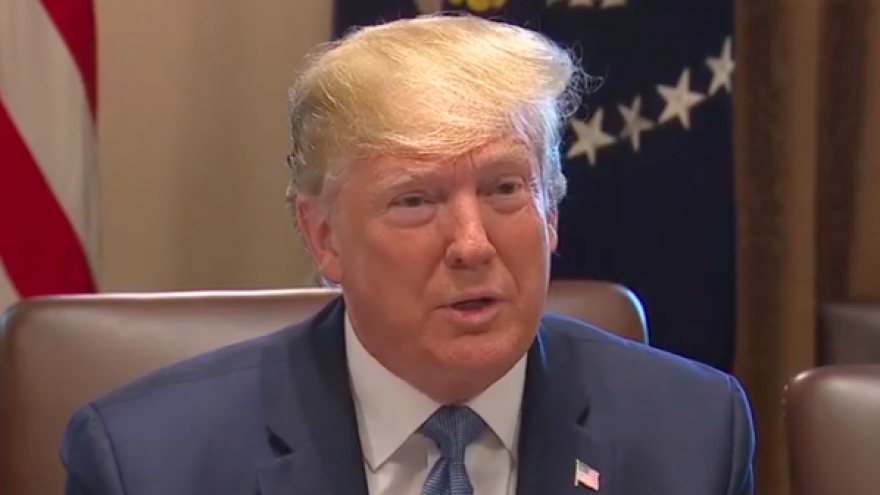 (October 23, 2019 / JNS) U.S. President Donald Trump announced on Wednesday that a “permanent” ceasefire in Syria has been reached, and that all U.S. sanctions enacted against Turkey will be lifted.

“I have, therefore, instructed the Secretary of the Treasury to lift all sanctions imposed October 14th in response to Turkey’s original offensive moves against the Kurds,” said Trump.

The president expressed confidence that Turkey would do its part to maintain the peace in northern Syria, where the United States withdrew its troops on Oct. 6.

Trump said that a small number of U.S. troops will remain in Syria to protect the region’s oil, despite claiming that the United States is getting out of the country after a decade.

The announcement on Wednesday came a day after Turkish President Recep Tayyip Erdoğan declared that his country and Russia had reached a “historic” agreement that would remove all Syrian Kurdish fighters from the Syria-Turkey border region.

“According to this agreement, Turkey and Russia will not allow any separatist agenda on Syrian territory,” said Erdoğan, speaking alongside Putin at a press conference following the meeting.

Within 150 hours, starting at noon on Oct. 23, said Erdoğan, “YPG [People’s Protection Units] terrorists and their weapons will be removed to the depth of 30 kilometers and their … positions will be destroyed.”

He added that after the one-week deadline, joint Turkish and Russian patrols would start in two zones stretching six miles to the east and west of the area of Turkey’s current “Operation Peace Spring.”

The purpose of the Turkish offensive in northern Syria, according to Turkey, is to create a “safe zone” along the Syria-Turkey border free of Kurdish fighters, particularly those belonging to the YPG militia, which Turkey views as a terrorist organization.

More than 1,000 Islamic State prisoners have been released by Turkish-backed proxy forces with ties to extremist groups since the Turkish incursion, which started on Oct. 9, shortly after U.S. President Donald Trump announced that he would be pulling U.S. forces out of Syria. In the weeks since, nearly 300,000 people have fled the area, and some 200 civilians have been killed.

A 120-hour ceasefire brokered by the United States to give Kurdish Syrian Democratic Forces time to pull back expired on Tuesday evening, though Turkey says claims there is now “no need” to relaunch its offensive.

A Senate bill to enact sanctions on Turkey for its incursion into northeastern Syria will be put on hold, Sen. Lindsey Graham told Al Jazeera on Tuesday.