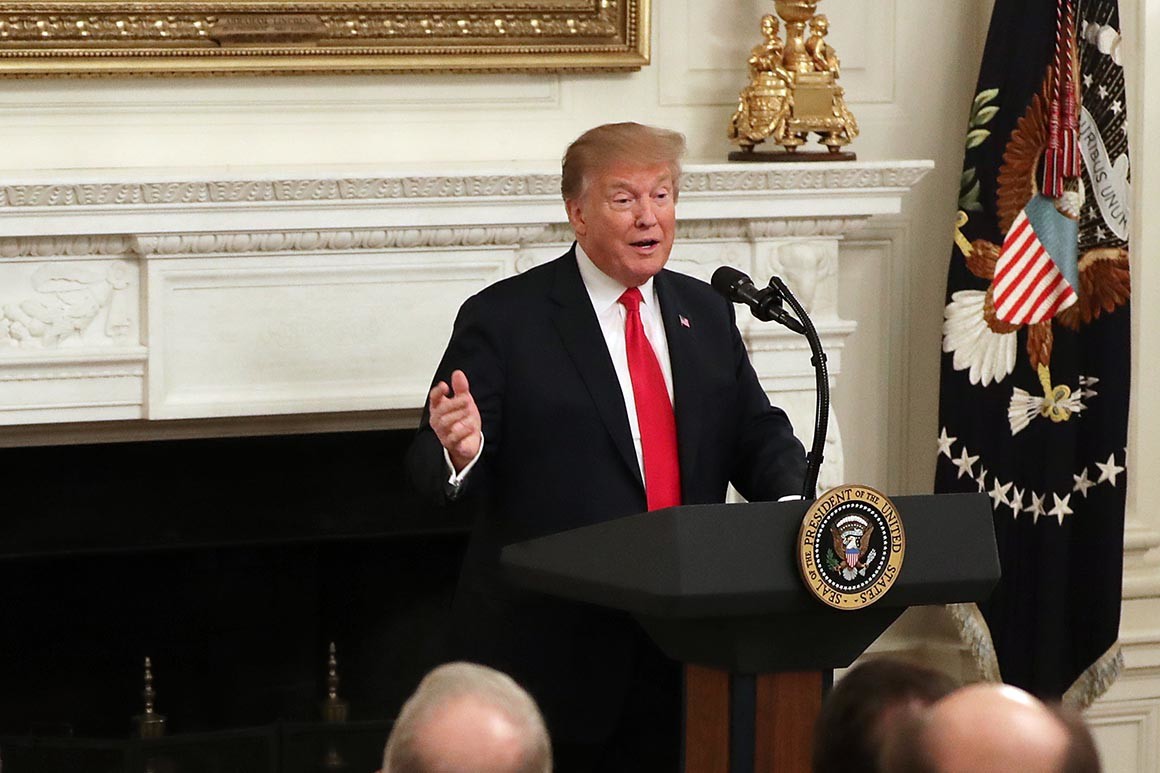 President Donald Trump said Monday that Rep. Ilhan Omar’s suggestion that pro-Israel lawmakers have an allegiance to a foreign country marks a “dark day for Israel,” piling onto the Minnesota freshman ahead of her second formal rebuke by the House in recent weeks.

“Representative Ilhan Omar is again under fire for her terrible comments concerning Israel,” the president wrote on Twitter, pointing out that a slew of Jewish advocacy groups had urged House Speaker Nancy Pelosi (D-Calif.) and Foreign Affairs Chairman Eliot Engel (D-N.Y.) to remove Omar from the latter’s high-profile committee.

The president said Omar’s comments, which accused pro-Israel lawmakers of showing “allegiance to a foreign country,” were “a dark day for Israel!”

It’s been less than a month since Omar first came under fire from Democratic leadership for separate comments referring to the pro-Israel advocacy groups that were roundly condemned as anti-Semitic.

The House is expected to vote Wednesday on a resolution drafted by Pelosi and other Democratic leaders that would condemn anti-Semitism, though a draft measure does not single Omar out.

While Democrats have not backed down from calling out and criticizing their colleague, Republicans have argued that greater retribution is necessary. GOP legislators have followed the lead of House Minority Leader Kevin McCarthy (R-Calif.), demanding she be removed from the Foreign Affairs Committee and comparing her remarks to racist comments by Iowa GOP Rep. Steve King, whose embrace of white supremacist rhetoric led to him being stripped of his committee assignments earlier this year.

Omar, who is one of the first Muslim women elected to Congress, has not shied from her most recent comments in the same way she did last month when she offered an apology and pledged to engage in a conversation about anti-Semitic tropes with her colleagues.