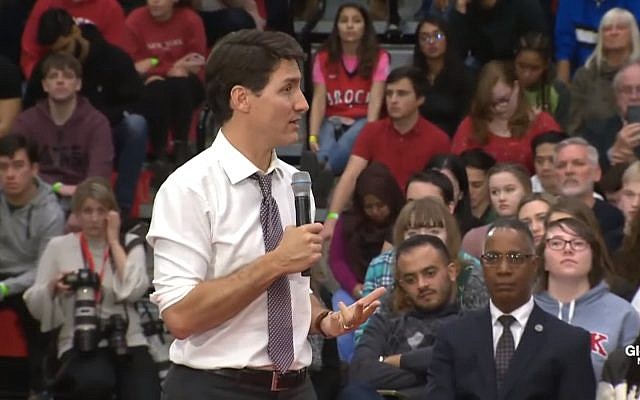 Canada’s Prime Minister Justin Trudeau blasted the Boycott, Divestment and Sanctions (BDS) movement as anti-Semitic and contrary to “Canadian values,” and accused it of intimidating Jewish students on university campuses.

During a town hall meeting Tuesday at Brock University in St. Catherines, 75 miles southwest of Toronto, one questioner demanded that Trudeau retract his previous condemnation of BDS.

“In Canada we have to recognize that there are things that aren’t acceptable, not because of foreign policy concerns, but because of Canadian values,” Trudeau replied.

“It’s not right to discriminate or to make someone feel unsafe on campus because of their religion, and unfortunately the BDS movement is often linked to those kinds of frames.”