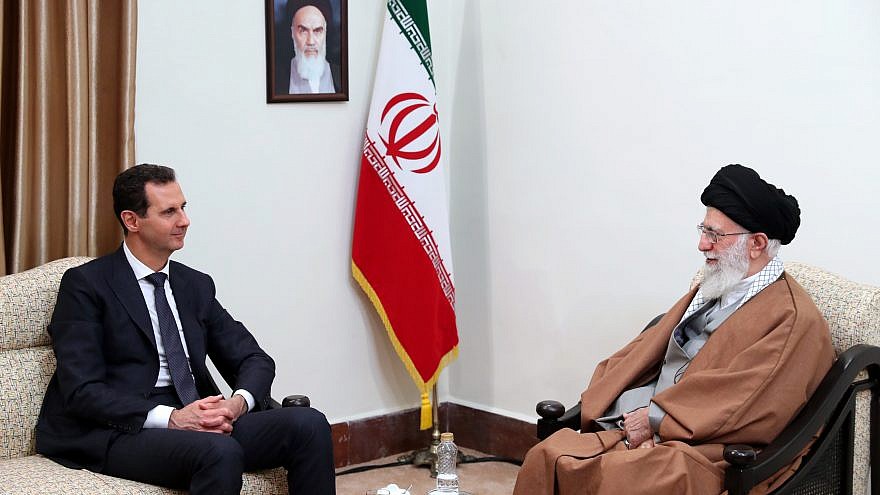 (November 20, 2019 / JNS) Thousands of protesters feeling financially squeezed in Iran have taken to the streets in numerous cities across the country to protest the ruling elite’s economic policies. While the protests have been blamed on the government’s recent decision to raise the price of petrol by 50 percent, analysts contend that this is likely also a manifestation of widespread and growing public discontent with their government diverting much-needed money to fund international terrorism.

With somewhere between 100 to 200 protesters dead and a massive nationwide Internet blackout, the question lingers as to whether or not these protests will grow stronger, resulting in significant change, or end in bloody repression and no achievements for the public?

Yossi Mansharof, an Iran and Shi’ite political Islam expert at the Jerusalem Institute for Strategy and Security and the Ezri Center of Haifa University, told JNS that the call for Iran to stop funding proxies in Yemen, Lebanon and Gaza “is one of the major demands of the protesters.”

Mansharof noted that one of the promises of Supreme Leader Ayatollah Khomeini during the Islamic Revolution of 1979 was to improve the standard of living of the average Iranian—a vow many feel was never delivered. “The impression among the Iranian public in 2015 was that the Iran deal would give them some relief, but Ayatollah Khamenei preferred to channel these great sums of money to his expansionist aspirations in the region,” he said.

In 2009, and again now, some elements are demanding a more radical change. They want to topple the regime; “Death to Khamenei!” is one of the dominant calls heard on the streets. To some extent, it mirrors the revolution that took place exactly 40 years ago.

“The public sees the money going to Gaza and Syria,” said Mansharof. “The chants in the bazaars and in the streets are ‘Forget about Gaza! Forget about [Syrian President Bashar] Assad!’ ”

According to Mansharof, “there are many demands from various groups participating in the protests, but there is no coalition unifying them. This is one of the major problems. We don’t see any shared agenda.”

In order for the rallies to succeed, Mansharof said the protesters will need “good management, a mutual ideological agenda and technological means to coordinate their activities.”

He said “there is a moral duty for the U.S. to enable the protestors to have access to the Internet. This is simply a matter of political will on [U.S. President Donald] Trump’s part. The maximum pressure of sanctions is working because Iran had to increase the price of fuel, but the ones who are paying the price for the sanctions are the Iranian people.”

Mansharof predicted that the gap between this protest and the next one “will be very short because the public will not be as patient as it has been until now.”

‘Only the Iranian people can bring about change’

At this stage, it’s difficult to predict the outcome. Mansharof said change can occur if some important developments take place. If this protest lasts a few months and some Islamic Revolutionary Guard Corps (IRGC) soldiers switch sides, workers in oil facilities—crucial to the Iranian economy—go on strike and Trump can give Russian President Vladimir Putin a good formula to relinquish his sponsorship of Khamenei, then these would affect change.

“Only the Iranian people can bring about change,” he said. “It will not come through foreign meddling or a military attack or Khamenei relinquishing his expansionist ambitions.”

Raz Zimmt, a research fellow at the Institute for National Security Studies specializing in Iran, told JNS that it is difficult to say anything about what’s going on right now “because of the Internet blackout.”

Zimmt said he doesn’t believe that the demonstrations pose an immediate threat to the stability of the regime since the sheer numbers appear “quite limited.”

He also noted that there seems to be a lack of a coalition between different sections within Iranian society, including the middle class, the younger generation and the workers. “There is no united leadership, no major strikes and perhaps most important is that we don’t see the IRGC.”

Zimmt pointed out that suppression of the rallies is currently carried out by police. “If we do see the IRGC involved in suppression, that could be an indication that things are getting worse,” he said.

He agreed with Mansharof that, rather than making statements of support, the United States “could have opened the Internet in Iran.”

“This is the first time that such a hermetic closure in Iran has taken place,” he added, emphasizing the gravity of the situation.

According to Zimmt, with growing public discontent and feelings of despair within Iranian society, even if the regime manages to suppress this backlash, it’s probably only a matter of time until a new one arises if the most important issues aren’t addressed.

If they want true change, he said, “it is up to the Iranian people to continue the protests.”