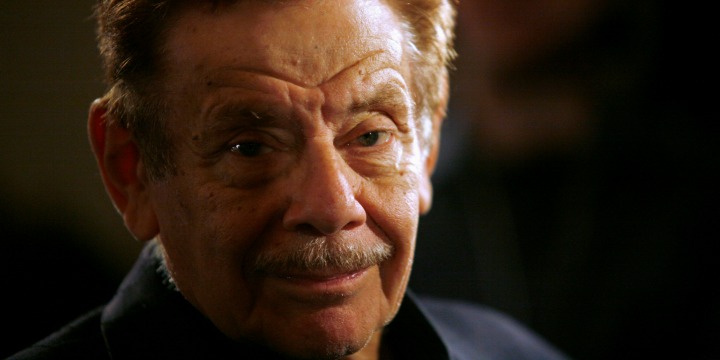 Tributes Pour in for Legendary Jewish Actor and Comedian Jerry Stiller: ‘His Comedy Will Live Forever’

A number of Hollywood stars have paid tribute on social media to Jerry Stiller, best known for his roles on the sitcoms “Seinfeld” and “The King of Queens,” after the legendary Jewish actor and comedian died on Monday of natural causes at the age of 92.

Jerry Seinfeld tweeted, “Jerry Stiller’s comedy will live forever,” and shared a photo of himself holding one of Stiller’s albums with his late wife, Anne Meara, called “Ed Sullivan Presents the Last Two People in the World.”

Fellow “Seinfeld” star Julia Louis-Dreyfus shared a video of bloopers between her character, Elaine, and Stiller’s, Frank Costanza. She wrote, “The truth is that this happened all the time with Jerry Stiller. He was so funny and such a dear human being. We loved him. RIP Jerry Stiller.”

Jason Alexander — who played Stiller’s son, George Costanza, in “Seinfeld” — wrote on Twitter, “Such sad news that my beloved friend, Jerry Stiller, has passed. He was perhaps the kindest man I ever had the honor to work beside. He made me laugh when I was a child and every day I was with him. A great actor, a great man, a lovely friend. #RIPJerryStiller I Love you.”