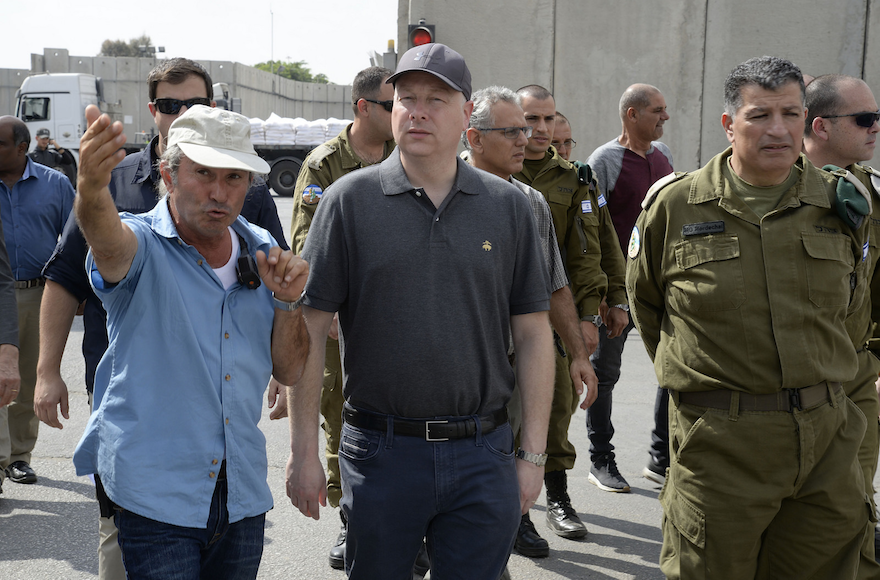 “Our plan right now is with President Abbas,” Jason Greenblatt said Monday at the annual Washington, D.C., summit of the Christians United for Israel group. “We’re not looking for any type of regime change.”

Greenblatt noted that there were two governments in the region: The Palestinian Authority in the West Bank and Hamas in the Gaza Strip.

“We have to deal with everybody to make this work,” he said. “We cannot make a comprehensive peace unless we make sure that we are dealing with the representatives of all the Palestinian people.”

Kushner unveiled the economic portion of his peace plan last month and says the political portion will be unveiled soon.

Why it matters: Greenblatt’s remarks were significant because the Trump administration has defunded the Palestinian Authority and Greenblatt and his boss, Jared Kushner, Trump’s son-in-law, consistently deride its officials as ineffectual and counterproductive. Palestinian leaders say that Trump administration’s actions, including recognizing Jerusalem as Israel’s capital, effectively have sidelined the Palestinian Authority.

What it means: Despite the posturing, the Trump team is set on including current Palestinian leadership — including Hamas, which is designated as a terrorist organization by the U.S., Israel and the European Union — in a possible peace deal.