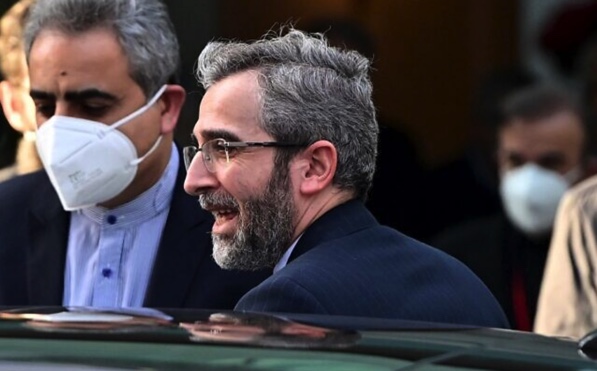 Iran’s top diplomat at months-long talks aimed at restoring its tattered nuclear deal with world powers flew home late Monday for a sudden trip, a sign of the growing pressure on Tehran as the negotiations appear to be nearing their end.

Iran’s state-run IRNA news agency described Ali Bagheri Kani’s trip as being “within the framework of the usual consultations during the talks.”

However, the top negotiator for the European Union seemed to suggest whether the talks succeeded or failed now rested with the Islamic Republic.

“There are no longer ‘expert level talks.’ Nor ‘formal meetings,’” Enrique Mora wrote on Twitter, responding to comments by an Iranian analyst. “It is time, in the next few days, for political decisions to end the #ViennaTalks. The rest is noise.”

Mora’s comments mirror those of British and French negotiators at the Vienna talks, which has been working to find a way to get America back into the accord it unilaterally abandoned in 2018 under then-President Donald Trump. It also hopes to get Iran to again agree to measures that drastically scaled back its nuclear program in exchange for the lifting of economic sanctions.