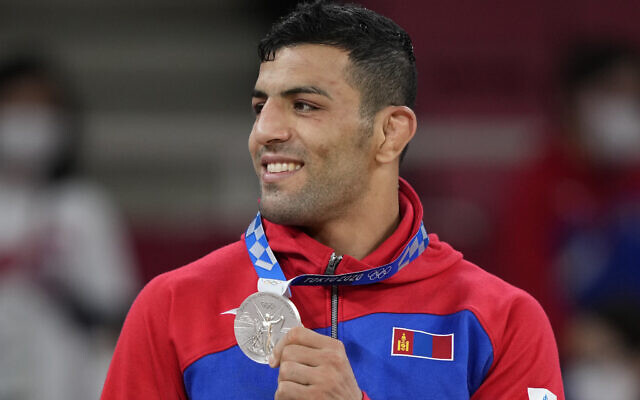 Iranian born judoka Saeid Mollaei has won a silver medal in the Tokyo 2020 judo tournament as a representative for the Mongolian team.

Mollaei was granted refugee status by Germany in 2019 after fleeing Iran for refusing to forfeit his match against Israeli judoka Sagi Muki.

Noting his close friendship with Muki, Israeli channel Sports 5 quoted him as thanking Israel: “Thank you to Israel for all the good energy – this medal is dedicated to you as well and I hope Israelis is happy with this victory, todah.

He received citizenship in Mongolia shortly afterwards, and was chosen to compete under their flag in the Tokyo 2020 Olympic Games.
Read More: Jerusalem Post