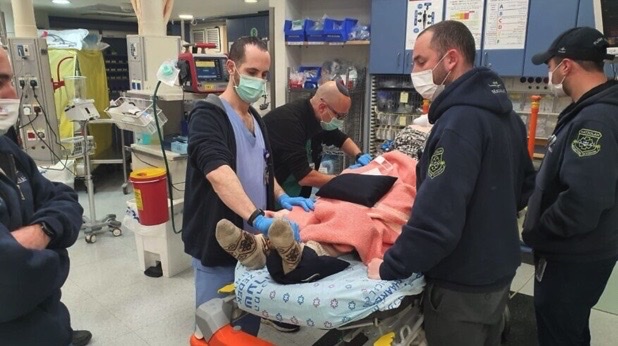 Three women who were wounded in the Ukrainian war zone were treated Wednesday morning at Shaare Zedek Medical Center in Jerusalem, after being airlifted to safety by Hatzolah Air.

According to Shaare Zedek, the injured included a 30-year-old whose leg was hurt when her home was hit directly by a missile; an 85-year-old Holocaust survivor in stable condition; and a 97-year-old, also in stable condition, who is planning to make aliyah, to officially immigrate to and settle in Israel.

“The women underwent an initial assessment and treatments and are accompanied by social and psychological teams,” said Dr. Alon Schwarz, the hospital’s director of trauma.

The rescue mission was organized in advance by Hatzolah and Shaare Zedek.

“We will continue to rescue the wounded from the war zone and bring them to safety,” said Hatzolah Air CEO Aaron Adler.