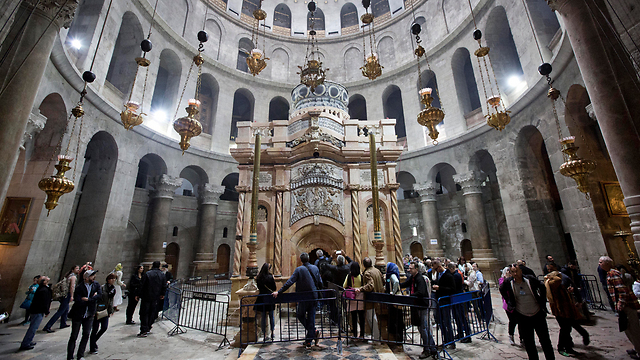 Thousands gathered in the Christian Quarter of Jerusalem’s OId City Friday for the Way of the Cross procession, retracing Jesus’s last steps before his crucifixion, The New York Post reported.

The ceremony, held on Good Friday, comes before the holiday of Easter, which commemorates the resurrection of Jesus following his death on the cross.

But the ceremony took on new meaning in 2021, with Jerusalem finally allowing religious mass gatherings due to its successful vaccination rollout which saw a massive decline in COVID-19 cases.

This had also led to the Church of the Holy Sepulchre being allowed to open to the public last week for Palm Sunday.

“Last year was a terrible Easter, without people; closed doors. This year is much better, the door is open, we don’t have a lot of people but we feel more hopeful that things will become better,” Latin Patriarch of Jerusalem Pierbattista Pizzaballa told Reuters at the time as he emerged from the church flanked by clerics and worshippers carrying palm fronds.

“The message of Easter is life and love,” he said. “Despite all the signs of death, corona, pandemic, whatever, we believe in the power of love and life.”