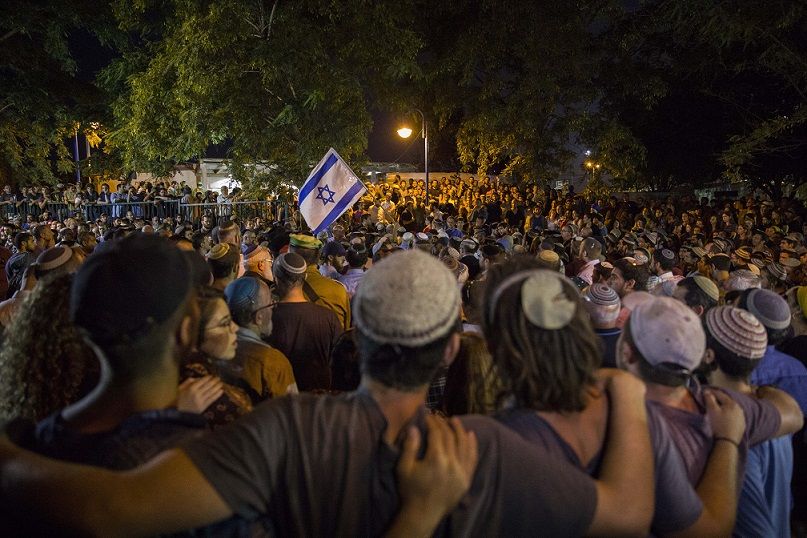 Thousands of people on Thursday attended the funeral of a young Israeli soldier found stabbed to death near a Jewish settlement in the West Bank.

A burial ceremony for 18-year-old Dvir Sorek was held in Ofra, some 30 miles (50 kilometers) north of where his body was found at dawn, who was remembered by family and friends for his “light and love.”

“Dear precious, beloved Dvir, in a few days we were supposed to celebrate your 19th birthday,” Yoav Sorek, Dvir’s father, said at the funeral. “I think of these 19 years and I can’t avoid smiling because your memory reminds me of a bright face, positive thought, innocence and love for humanity.”

About 2,000 mourners formed the procession that accompanied Sorek to his last resting place.

Sorek was neither armed nor in uniform when he was killed, according to a spokesperson for the Israeli Defense Forces.

His body was found near the settlement of Migdal Oz, located between the cities of Bethlehem and Hebron in the West Bank.

Originally from Ofra, Sorek was a student at a Migdal Oz yeshiva as part of a special program combining religious studies and military service.

A preliminary investigation by the IDF attributed his death as a result of an alleged terrorist attack.

Large numbers of police, soldiers and members of the Shin Beth, the internal security service, have sectioned off the area where the body was found.

Dozens of soldiers and police have entered the nearby Palestinian city of Beit Fajjar, going from house to house to confiscate security cameras and other recordings that could identify potential suspects.

Hours after Sorek’s body was discovered, Israeli Prime Minister Benjamin Netanyahu vowed that security forces would capture those responsible for the murder.

“We lost Dvir here, a precious member of the Sorek family that also lost its grandfather years ago. Our hearts are with them and we are embracing them at their difficult time,” Netanyahu said during a visit to Migdal Oz.

“We can see here the U-turn made by the car after the murder… Our answer to the murderers is double: They come to destroy and we are building. Our hand will reach them and we will settle our score with them. The investigation is going forward and is as its height,” he added.