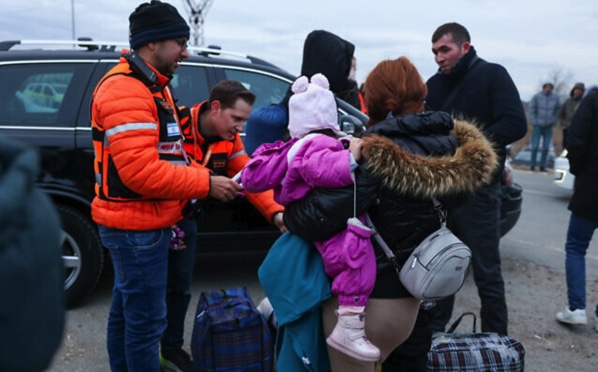 ‘They lost everything’: Israeli medics treat Ukrainians amid chaos on Moldova border

An Israeli medical team on Ukraine’s border with Moldova said tens of thousands of refugees are crossing over in need of medical and psychological support after harrowing journeys to safety.

The team, from the United Hatzalah emergency response organization, started treating people on the ground on Monday after arriving the night before.

The Israeli medics were the first foreign medical team to reach the border in Moldova, and have set up a command post in a synagogue in the capital, Chisinau.

Many Ukrainians spent several days traveling to the border as they took cover from missile strikes and struggled with cold and lack of food.

Linor Attias, a medic with the team, said of the refugees, “They feel that they lost everything, and they did. That’s the reality.

“Many, many people are crossing this border. Many are coming with nothing. Most of them are women with children, and grandmothers, elderly, because the men are not allowed to leave,” she said.