The US should up the pressure to contain and confront Iran 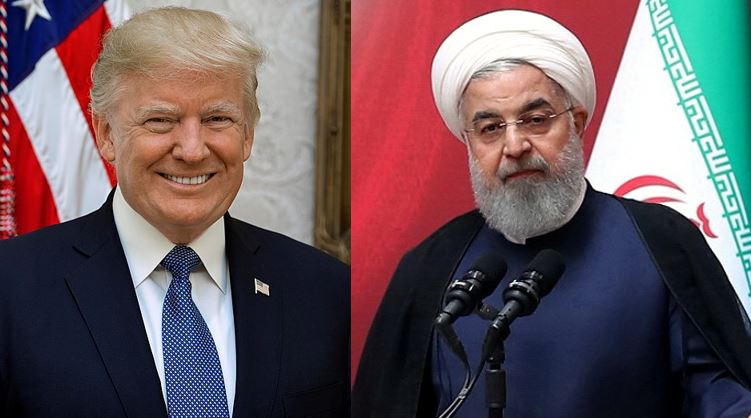 Foreign policy circles in recent weeks have been abuzz with talk of a potential life line being extended to Iran in advance of, or during, the upcoming meeting of world leaders at the United Nations. The genesis of this discussion was French President Emanuel Macron’s unilateral decision to invite Iranian Foreign Minister Mohammad Zarif to the G7 last month. Since then, the French and certain foreign policy elites have been advocating everything from a bilateral meeting between Presidents Donald Trump and Hassan Rouhani to extending a line of credit to the Islamic Republic — which would require American acquiescence.

It’s worth remembering that the French never seem to miss an opportunity to get it wrong in the Middle East. As far back as 1967, Paris sided with the Arabs in the Six Day War. They followed this up with building Iraq’s nuclear reactor at Osirak, and then condemned Israel for destroying it. More recently, they enthusiastically backed the fatally flawed Iran nuclear accord and, despite being heavily reliant on Middle Eastern oil, refused to join the recently formed, US-led coalition protecting ships traversing the Strait of Hormuz from Iranian piracy.

For decades, France’s foreign policy has been primarily driven by Paris’s geo-political Napoleon complex. Once a world power, today, France is a member of the UN Security Council and European leader, but a superpower they are not. France’s other motivation is economic self-interest. The first European energy company to sign a deal with Tehran following the Iran nuclear accord was France’s Total SA. Citing exposure to American penalties associated with their investments in the US, the company was forced to leave the arrangement with Iran after President Trump withdrew from the Iran nuclear deal and declined to issue a waiver for the French company.

As countries do, France is acting in its own self-interest. And so too should the US. Unfortunately, when it comes to Iran, American and French interests do not coincide. We’ve no interest in helping French companies make money in the Islamic Republic or helping Paris feel better about its international inferiority complex.

America’s goal is to prevent Iran from threatening the world with terror and a nuclear weapons capability. To this end, Washington should not retreat from the 12 requirements for a new nuclear accord laid out in Secretary of State Mike Pompeo’s May 2018 remarks on the subject. Rather, we should double down on the Administration’s maximum pressure campaign, which has not yet reached its apex.

The Administration has maintained waivers on “five different nuclear-related sanctions on Iran.” And not all US sanctions have been re-imposed. As Assistant Secretary of State for International Security and Non-Proliferation Christopher Ford noted late last year, “we have carefully refrained from restoring sanctions in such a way as to obstruct international cooperation with Iran on a number of projects contemplated under the JCPOA that provide Iran opportunities to benefit from nuclear technology in ways not raising proliferation risks.”

In addition, the framework of the deal remains. This means that in just over a year, the international arms embargo against the Islamic Republic will be lifted, and in 2025 all UN Security Council Resolutions against Iran will expire. But the deal has a failsafe, dubbed “the most brilliant part of the deal,” by UN Dispatch.

Iran is weaker than it lets on. Its recent antics in the Persian Gulf and its Deputy Foreign Minister’s demand, “that if Europe wants to preserve the nuclear deal then they must establish [Iran’s] ability to sell oil,” show the first signs of desperation. But Tehran is not yet so desperate as to be ready to engage in good faith negotiations with the rest of the world. That will require the regime to be threatened by domestic upheaval, which will occur only if the maximum pressure campaign is allowed to achieve its full effect.

Rather than follow Parisian politicians who seek to grab a few headlines and contracts, the US must lead the free world in the effort to contain and confront Iran both diplomatically and economically. Now is not the time to relieve diplomatic pressure on Iran by meeting with their leaders or relieve economic pressure by allowing billions in loans to flow to the Islamic Republic. Rather, now is the time to push forward with further isolating the regime.