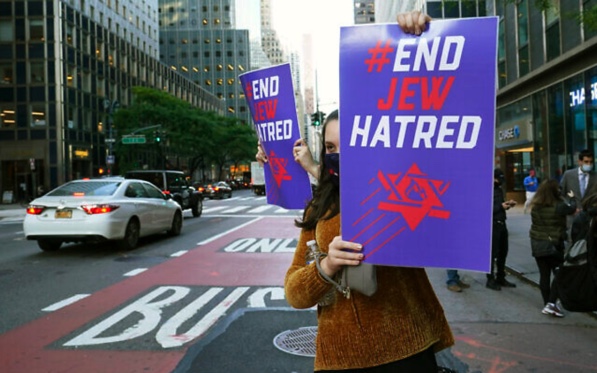 The Truth Isn’t Enough; We Have To act

Jew-hatred in America is something that most Americans would rather not think about because of how it reflects on who we are, what we believe, and where we are headed as a nation. But being blind, deaf, and silent isn’t working. On our watches, America became a place where Jews are attacked inside restaurants, sent running from an attempted car ramming, and attacked with glass bottles thrown while getting off a school bus. The alarms are blaring.

Today, Jews are under attack from coast to coast. The Anti-Defamation League’s Audit of Antisemitic Incidents shows that the number of antisemitic events in the United States last year surpassed annual totals dating back more than four decades. Antisemitic assaults against Americans increased by 167 percent year-over-year. In public schools, antisemitic assaults rose by 106 percent.

The Conference of Presidents of Major American Jewish Organizations, Jewish Federations of North America, American Jewish Committee, and Christians United for Israel are responding by normalizing a widely accepted international definition of antisemitism as a starting point to building tolerance. And our efforts are finding warm receptions in state capitals.

State leaders do not want to see their backyards become a haven for bigotry, and there has been a surge in the number of states that have adopted the International Holocaust Remembrance Alliance Working Definition of Antisemitism. Many are also exploring proactive measures to roll back antisemitism and ensure it can never again take root. Time and again, the answer is Holocaust education, which is in a pathetic condition across the country.