‘The Israeli Flag Will Soon Fly on the Moon’ : Israel to Send First Spacecraft to the Moon 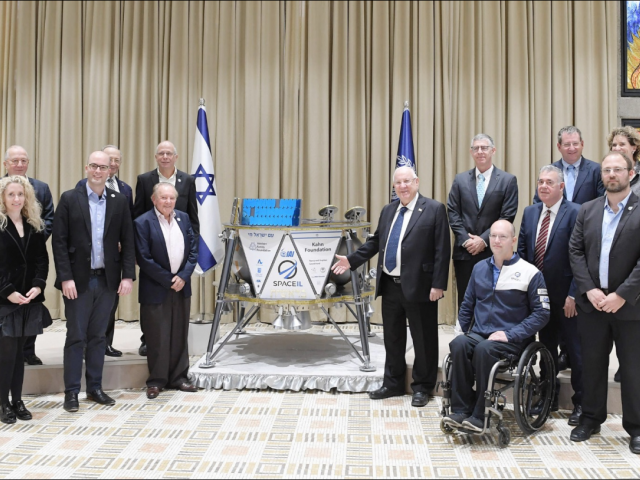 Israel – This Friday, Israel will send its first spacecraft to the moon, a feat President Rivlin calls “Zionism at its finest.”

Israel’s nonprofit SpaceIL organization has announced it will launch a spacecraft from Florida’s Cape Canaveral on board a Falcon 9 rocket. It is scheduled to land on the moon on April 11.

The project is eight years in the making and if successful, Israel will become the fourth nation to land on the moon – after the US, Russia, and China.

The mission was a collaborative effort between SpaceIL and Israel Aerospace Industries.

The spacecraft is called “Bereishit,” a reference to the first words of the Bible recorded in Genesis: “In the beginning.”

The craft weighs about 1,300 pounds and is about the size of a washing machine. It will take a seven-week journey to the moon.

Dr. Ido Antebi, the CEO of SpaceIL said the mission has two goals. one is called the “Apollo Effect,” to inspire the next generation of Israeli youth in the start-up nation.

“We want the Israeli kids and the Israeli youth to, we want to encourage them to learn STEM subjects – science, technology, engineering and informatics – and we hope that they will have this mission we will create the effect and encourage them.”
“The second goal is to promote the space industry here in Israel … And I think we got it – one of the goals is already achieved.”

The mission will last two to three days and once it lands, the craft will take pictures of the lunar surface and conduct experiments.

The spacecraft is also bringing God’s written word to the moon. It will carry a time capsule containing a database of hundreds of files. The files include a copy of the Bible, information about SpaceIL, Israeli national symbols, and other materials.