The inhumanity of Hamas’ human shields 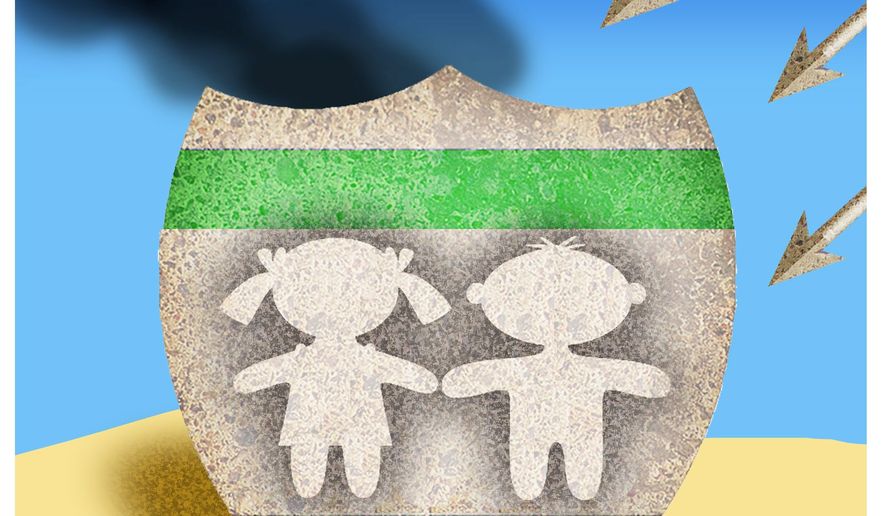 Recently, I had the opportunity to lead a congressional delegation to Jerusalem for the opening of the U.S. embassy. During our visit, The Jerusalem Post front page was “Promises Made, Promises Kept,” with a picture of President Trump. Sadly, while the United States was keeping its promise to Israel and the American people, Hamas terrorists were continuing their attack on the Israeli border, using firebombs tied to kites (with Nazi swastikas on them), Molotov cocktails and other explosive devices. These attacks, including tunnels, murderous kidnappings and the knifing of American tourist Taylor Force, have been conducted for nearly 30 years and were not provoked by the president’s courage in opening the embassy in Jerusalem.

The U.S. media used the juxtaposition of these two scenes to depict Israel and America as heartless, instead of focusing on the murderous terrorists attacking a sovereign nation. You do not bring Molotov cocktails to a peaceful protest and you do not bring children to a protest that is a site of many violent attacks. Additionally, you do not bring 40,000 protesters to 13 different points along a nation’s border and attempt to break in, wreak havoc and murder innocent civilians without expecting a response.

After the siege, Hamas used the tragic deaths of children along the border as a propaganda tool to further its anti-Semitic cause. The bottom line is Hamas does not want Israel to exist. That is Hamasterrorists’ primary goal and every action they take should be evaluated with that in mind.

Unfortunately, the media take the bait every time, with headlines after the Hamas attack such as “Hamas has launched another war. Israel needs a better response” in The Washington Post, “Uneasy Calm Falls Over Gaza After Israel Kills Scores at Protests” in The New York Times, and “Israel defends Gaza crackdown as Palestinians bury their dead” from CNN. In these titles is the implicit opinion that Israel is guilty, and Hamas is innocent — the exact propaganda and fake news that promotes Hamas‘ murderous agenda.

Two days after the siege on Israel’s border, Hamas acknowledged that 50 of the 60 people killed during the protests were members of the terrorist organization.

What Hamas likely won’t admit is that the other Palestinians who died during this altercation were used as human shields to protect the terrorists. They are seen as martyrs to Hamas, people who had to die for the cause. To me, they are victims of murderous terrorists that will mercilessly use their bodies for cover and then toss them aside once that purpose has been fulfilled.

Hamas conducted its first attack against Israel in 1989, two years after the organization was founded in Gaza. Its terrorists began using suicide bombs against Israelis in 1993. The U.S. State Department designated Hamas a terrorist organization in 1997. Since 2001, Hamas has launched countless rocket attacks at Israel.