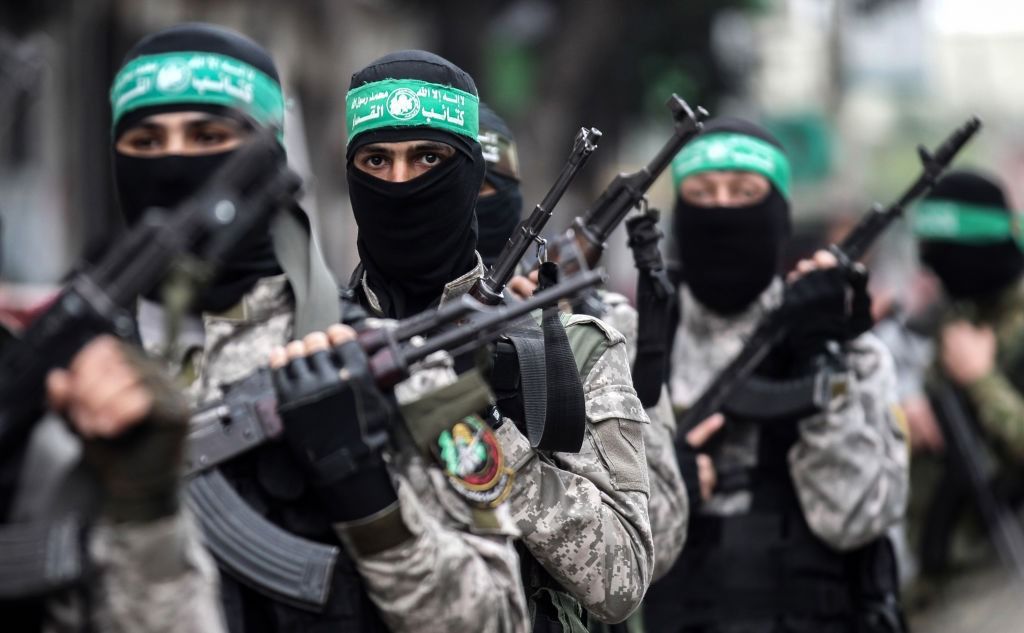 The Covenant of the Islamic Resistance Movement was issued on August 18, 1988. The Islamic Resistance Movement, also known as the HAMAS, is an extremist fundamentalist Islamic organization operating in the territories under Israeli control. Its Covenant is a comprehensive manifesto comprised of 36 separate articles, all of which promote the basic HAMAS goal of destroying the State of Israel through Jihad (Islamic Holy War). The following are excerpts of the HAMAS Covenant:​​​​​​​​​​​​​
​Goals of the HAMAS:

​”The Islamic Resistance Movement is a distinguished Palestinian movement, whose allegiance is to Allah, and whose way of life is Islam. It strives to raise the banner of Allah over every inch of Palestine.” (Article 6)

On the destruction of Israel:

“Israel will exist and will continue to exist until Islam will obliterate it, just as it obliterated others before it.” (Preamble)

The exclusive Moslem nature of the area:

“The land of Palestine is an Islamic Waqf [Holy Possession] consecrated for future Moslem generations until Judgment Day. No one can renounce it or any part, or abandon it or any part of it.” (Article 11)

“Palestine is an Islamic land… Since this is the case, the Liberation of Palestine is an individual duty for every Moslem wherever he may be.” (Article 13)

The call to jihad:

“The day the enemies usurp part of Moslem land, Jihad becomes the individual duty of every Moslem. In the face of the Jews’ usurpation, it is compulsory that the banner of Jihad be raised.” (Article 15)

“Ranks will close, fighters joining other fighters, and masses everywhere in the Islamic world will come forward in response to the call of duty, loudly proclaiming: ‘Hail to Jihad!’. This cry will reach the heavens and will go on being resounded until liberation is achieved, the invaders vanquished and Allah’s victory comes about.” (Article 33)

Rejection of a negotiated peace settlement:

Condemnation of the Israel-Egypt Peace Treaty:

The Day of Judgment will not come about until Moslems fight Jews and kill them. Then, the Jews will hide behind rocks and trees, and the rocks and trees will cry out: ‘O Moslem, there is a Jew hiding behind me, come and kill him.” (Article 7)

“The enemies have been scheming for a long time … and have accumulated huge and influential material wealth. With their money, they took control of the world media… With their money they stirred revolutions in various parts of the globe… They stood behind the French Revolution, the Communist Revolution and most of the revolutions we hear about… With their money they formed secret organizations – such as the Freemasons, Rotary Clubs and the Lions – which are spreading around the world, in order to destroy societies and carry out Zionist interests… They stood behind World War I … and formed the League of Nations through which they could rule the world. They were behind World War II, through which they made huge financial gains… There is no war going on anywhere without them having their finger in it.” (Article 22)

“Zionism scheming has no end, and after Palestine, they will covet expansion from the Nile to the Euphrates River. When they have finished digesting the area on which they have laid their hand, they will look forward to more expansion. Their scheme has been laid out in the ‘Protocols of the Elders of Zion’.” (Article 32)

“The HAMAS regards itself the spearhead and the vanguard of the circle of struggle against World Zionism… Islamic groups all over the Arab world should also do the same, since they are best equipped for their future role in the fight against the warmongering Jews.” (Article 32)