Thanks to Trump and Pence, America’s relationship with Israel is stronger than ever 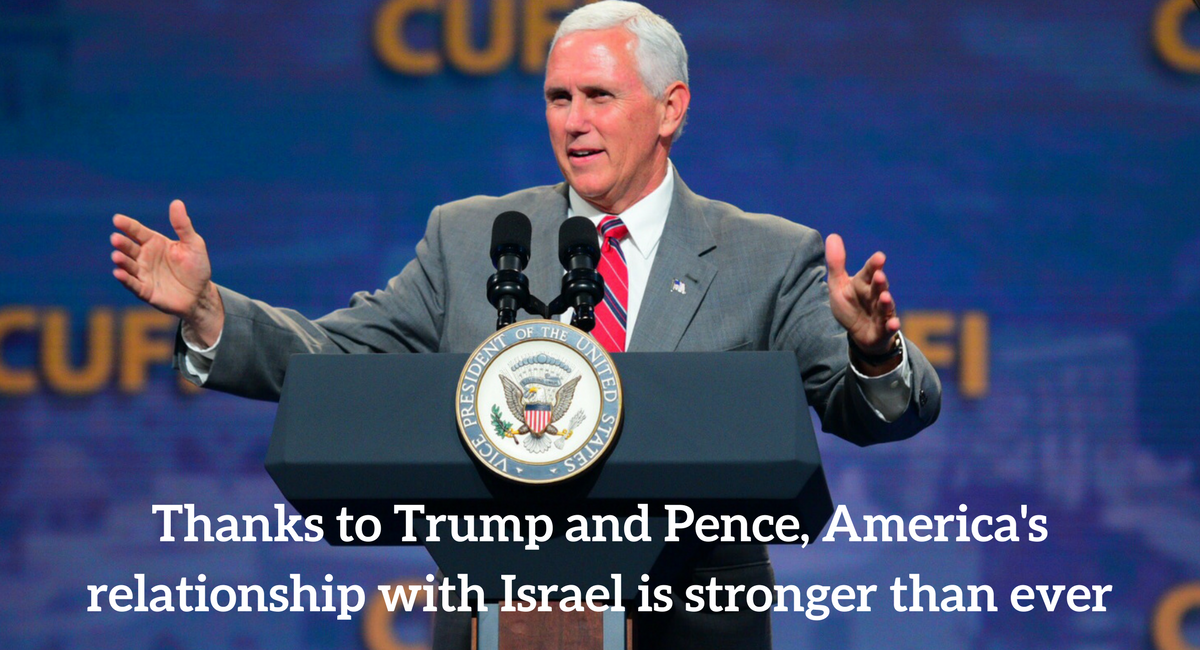 The White House last month released a transcript of remarks made by Vice President Mike Pence. According to the release, he spoke in “The Knesset, Jerusalem, Israel.”

This may not seem groundbreaking at first glance, but the simple act of defining Jerusalem as a part of Israel is evidence of a long-awaited and much-needed shift in how America deals with this key ally.

If there is one main thing to take away from Pence’s visit to Israel, it is that the U.S.-Israel relationship is finally back on firm footing where it belongs.

Since the Trump administration replaced the Obama administration, dedicated supporters of the Jewish state have been put at ease. President Trump is a clear friend upon whom Israel can rely, and the strong backing of our most important ally in the Middle East extends throughout the president’s Cabinet and reaches across his entire administration.

This is a welcome change from the days when Obama mistreated our ally and needlessly created personal animosity between himself and Israeli Prime Minister Benjamin Netanyahu. Rather than working out any policy disagreements behind closed doors in private, members of Obama’s cabinet leaked insults about the Israeli Prime Minister to the press and attempted to use pressure to force Israel to make concessions to a Palestinian Authority which refused to recognize Israel’s legitimacy and repeatedly denied the Jewish people’s undeniable connection to the land.

After one year of the Trump presidency, the evidence abounds of improved American Israeli ties.

Gone are the days when the United States abstained on a key United Nations Security Council resolution denying the Jewish connection to Jerusalem. With the formidable Nikki Haley serving as U.S. ambassador to the U.N., the United States is no longer allowing this biased international body to castigate and unfairly single out Israel.

President Trump made the bold decision to right an historic wrong and recognize Jerusalem as Israel’s capital.  Israel now knows that the United States truly has its back, both in word and in deed.

When Vice President Pence was still Congressman Mike Pence, he voted time and again to stand with our ally in the Middle East. His dedication to the Holy Land may be rooted in his deep Christian faith, but it stretches far beyond that. Pence understands intrinsically what Obama did not: Israel and the United States champion the same values of freedom, democracy and justice and the best way to advance them is to stand strongly shoulder to shoulder.

Pence is a stalwart ally of the Jewish state, and his true friendship shined through in the public statements he gave during his time in Israel.

At a special joint session of the Knesset, Israel’s parliament, Pence was warmly welcomed as he outlined the many reasons our two countries are united.