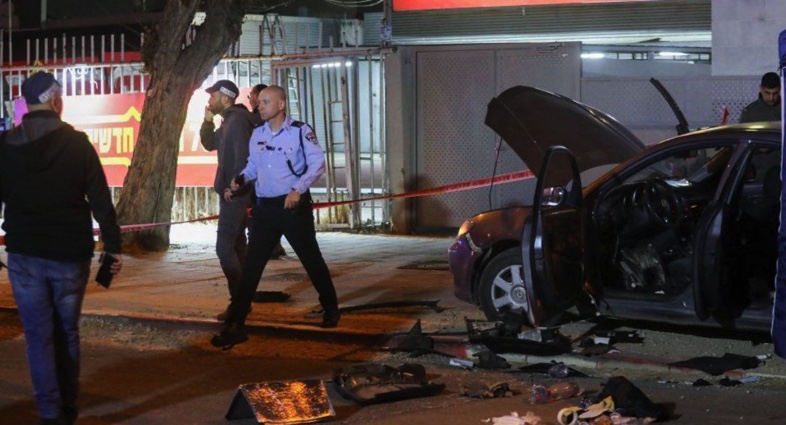 The two Border Police officers killed in the attack in Hadera Sunday were Yazan Fallah, 19, from Kasra Samia, and Shirel Aboukaret, 19, from Netanya.

Sheren Fallah Saab, a journalist at Haaretz, tweeted on Monday that Fallah is her relative, saying “this is one of the hardest nights for the Fallah family – my family.”

“I have no words to describe to you how awful and painful the shock, crying and helplessness that struck the family is,” wrote Saab. Yazan leaves behind his parents and two sisters.

The two terrorists, both residents of Umm el-Fahm, posted a video on Facebook before the attack swearing allegiance to ISIS. The terrorist movement’s news agency published a statement on Sunday taking responsibility for the attack in Hadera, as well as for the deadly terrorist attack conducted by an ISIS-supporting Bedouin-Israeli in Beersheba last week.