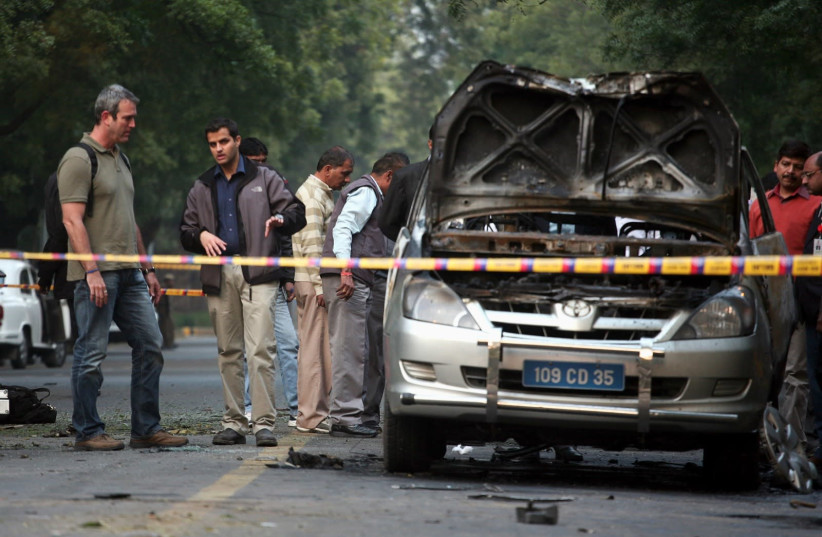 A terrorist organization called Jaish-ul-Hind, believed to be affiliated with Iran, has taken responsibility for the attack on Israel’s embassy in New Delhi, according to Indian media.

Indian police said that the explosion was caused by an Improvised Explosive Device (IED). The impact from the blast is said to have been felt within a 20-25 meter radius, Indian media reported.

On Saturday, Indian security forces investigating the explosion issued a request from the country’s Bureau of Immigration for any information on Iranian citizens that had recently entered India, local media reported.

The blast occurred shortly after 5 p.m. (11:30 GMT), while Indian President Ram Nath Kovind and Prime Minister Narendra Modi were participating in a military ceremony a kilometer away.

The site of the blast was quickly cordoned off by police.

A one and half page long letter was found on scene which promised Israel that this is just the “trailer”, India Today reported.