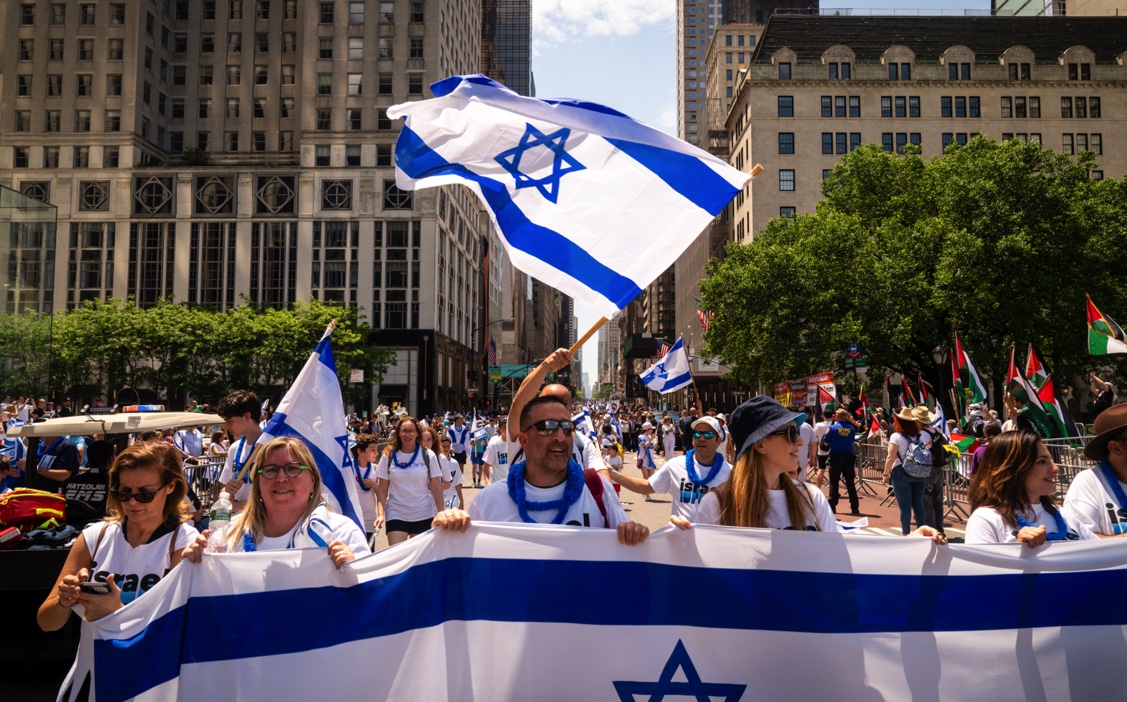 Tens of thousands marched in New York City’s Celebrate Israel parade on Sunday, in a significant and long-delayed affirmation for the area’s Jewish communities and Israel supporters.

Hundreds of groups representing a broad swath of American Jewry — from yeshiva students to bikers — marched and rode down Manhattan’s Fifth Avenue, along with top American and Israeli government officials.

The parade, billed as the largest expression of solidarity with Israel outside of its borders, is normally held annually but had not taken place in three years due to the pandemic. It is meant to be both a public show of support for Israel, including at the political level, and a chance for New York Jews to get together.

The march came during a fraught period. Since the last parade in 2019, antisemitism has surged in New York, the partisan climate has continued to stoke tensions between Jewish groups and fray political support for Israel, and sizable anti-Israel marches have taken place in the city. Yet the parade passed without incident, and a protest against the event was sparsely attended.