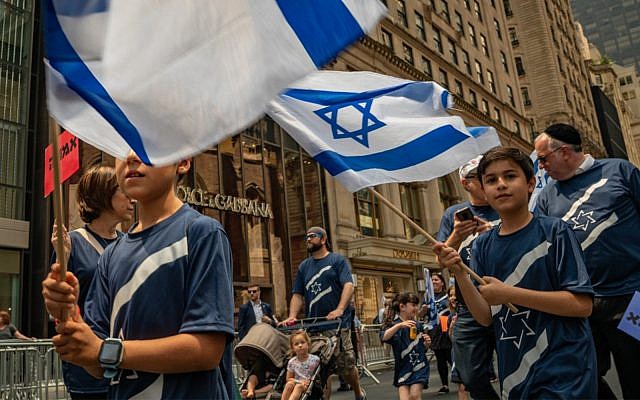 Among those who participated in the event were Israel’s Ambassador to the UN Danny Danon, Mayor of New York Bill de Blasio, Governor Andrew Cuomo, along with other US elected officials, Jewish and pro-Israel organizations, schools, and students, Israel’s mission to the United Nations said.

“In the face of the growing wave of anti-Semitism, we are demonstrating strength and unity today,” Danon said. “Despite the differences of opinion, the connection with the Jewish people in Israel is at the heart of the relationship between American Jewry and Israel.”

Paraders were accompanied by floats, flags, balloons, marching bands — the dominant color being blue — and Israeli music blared from loudspeakers as the procession made its way through the city

Businessman Edward A. Mermelstein, president of the ZAKA search and rescue organization, was the grand marshal of the parade.