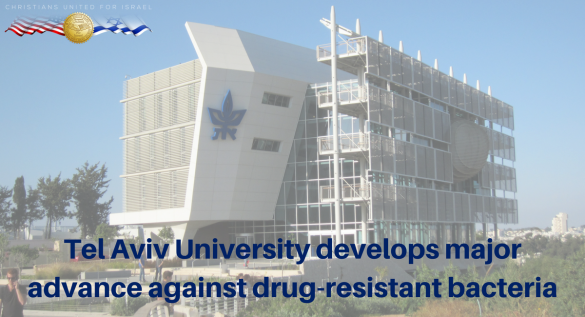 A breakthrough technology from Tel Aviv University makes it possible to manipulate pathogens by delivering DNA into drug-resistant bacteria.

The discovery is a blow to antimicrobial resistance, one of the biggest threats to global health that can affect anyone, at any age, in any country. Some 700,000 people in the world die each year, on average, due to a failure of antibiotics to kill resistant bacteria. The figure, according to the World Health Organization, could rise to 10 million per year by 2050.

Prof. Udi Qimron of the department of clinical microbiology and immunology at the university’s Sackler Faculty of Medicine led the research team, which also included Dr. Ido Yosef, Dr. Moran Goren, Rea Globus and Shahar Molshanski- Mor, all of Qimron’s lab. The study was recently published in the journal Molecular Cell and featured on its cover.

For the research, the team genetically engineered bacteriophages to contain the desired DNA, rather than their own genome. They also designed combinations of nanoparticles from different bacteriophages, resulting in hybrids that are able to recognize new bacteria, including pathogenic bacteria.

DNA manipulation of pathogens includes sensitization to antibiotics, Qimron said. “We’ve developed a technology that significantly expands DNA delivery into bacterial pathogens. This may indeed be a milestone, because it opens up many opportunities for DNA manipulations of bacteria that were impossible to accomplish before.”