Talking Points on The US Israel Relationship 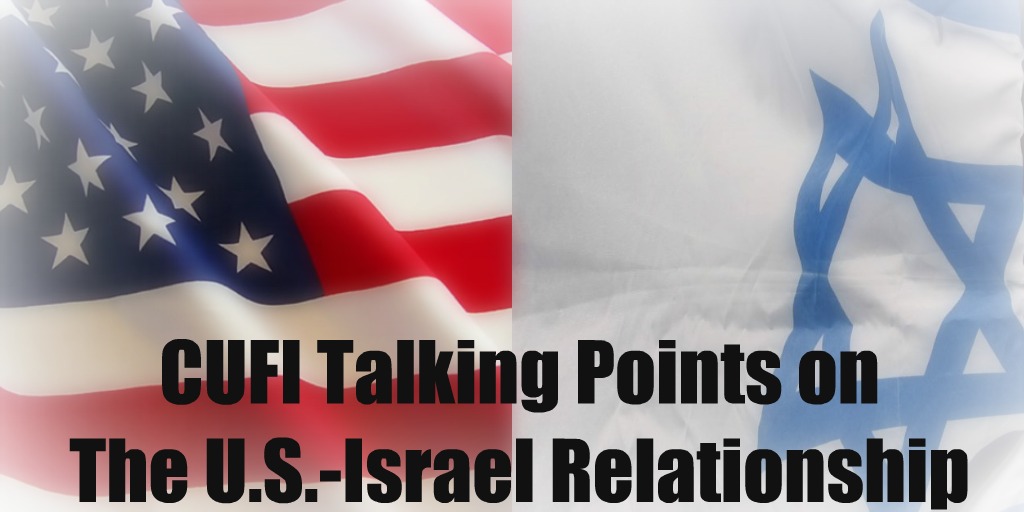 The media is awash in articles declaring that the U.S.-Israel relationship has hit a new low. And yes, when you have an unnamed Administration official calling the Prime Minister of Israel a “chickensh**t,” things have definitely gotten bad.

But what troubles us more than the childish name calling is the persistent policy. In recent months, we have seen this Administration take a number of disturbing actions towards our ally, Israel, including:
• Delaying shipment of critical weapons to Israel in the middle of Israel’s summer war with Hamas.
• Denying Israeli Defense Minister Moshe Ya’alon key meetings with the Vice President and the Secretary of State during his recent visit.
• Implying — as Secretary of State Kerry recently did — that Israel is in danger of becoming an apartheid state and that the failure to solve Israel’s conflict with the Palestinians is somehow fueling the growth of ISIS.

At a juncture like this, it’s more important than ever that we in CUFI speak up in support of our ally Israel and remind our neighbors, friends and elected officials of certain fundamental truths.

It is absolutely true that Israel is exercising enormous caution as it contemplates an attack to stop the existential threat of a nuclear Iran. This caution in the face of such a challenge should not be mocked as if Israel is ducking a schoolyard fight. Israel’s concern for the lives of its own citizens and those of Iran should be respected. Last we checked, the Obama Administration was sending signals that it will do little more than capitulate to Iran’s main demands in the ongoing nuclear negotiations.

Israel remains the only U.S. ally in the region, and the world, that is on the front lines fighting our shared enemies in Hezbollah, Hamas and al Qaeda for us.

Israel is not boosting ISIS recruitment. The true source of ISIS’ appeal is its ugly, genocidal ideology and the absence of clear U.S. leadership in the Middle East.