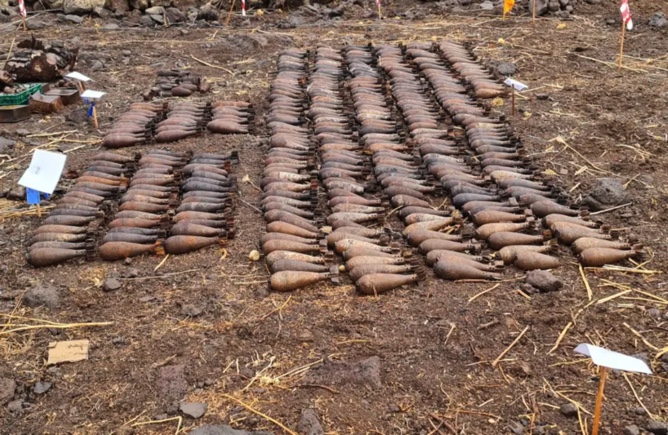 A huge Syrian bunker full of ammunition from the Six Day War has been uncovered in the Golan Heights by the Defense Ministry’s Mine Action Authority.
The bunker was discovered laden with hundreds of rounds of ammunition, mortar bombs of various diameters,  pyrotechnics, explosives, and more. All were found in bulk and in their original packaging.
The ammunition was collected by authorities and transported under strict safety rules prior to its destruction.
The Syrian outpost at Mitzpe Gadot, known as “El Murtafa” was one of the most fortified outposts belonging to the Syrian Arab Army on the Golan Heights before the war in 1967 and it was from there that Syrian soldiers fired toward Israeli communities in the Hula Valley.
Read More: The Jerusalem Post