Syria vows to recapture Golan from Israel ‘by all means’ 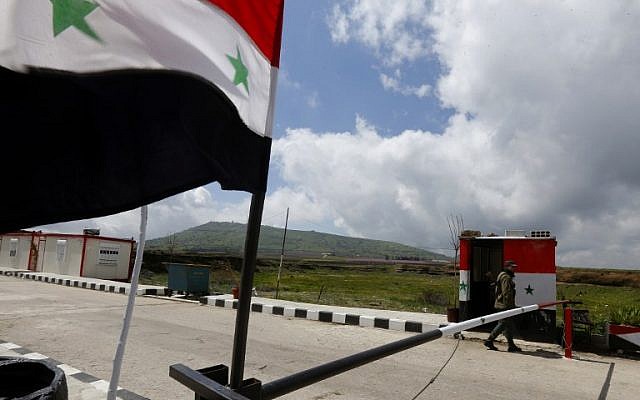 Syria will not shy away from using force to reconquer “every inch” of the Golan Heights, the country’s foreign minister threatened Thursday.

“Syria will liberate the occupied Golan by all means and all choices are on the table,” Walid Muallem said at a press conference in Damascus alongside his Venezuelan counterpart.

On March 25, Trump signed a presidential declaration formally recognizing Israeli sovereignty over the Golan, standing alongside Prime Minister Benjamin Netanyahu. Israel captured the strategically important high plateau during the 1967 Six Day Way and extended its laws over the territory in 1980, a move that was condemned at the time by the international community, including the US.

“We have will and determination and our war since 2011 is to protect Syria’s sovereignty and independence and to liberate every inch of its territories,” Muallem said.

“Our war on terrorism hasn’t stopped and the conspiracy against us is continued through the military assault and the economic siege with the aim of prolonging the crisis in Syria in the interest of ‘Israel,’” he said, according to the state-owned SANA news agency.