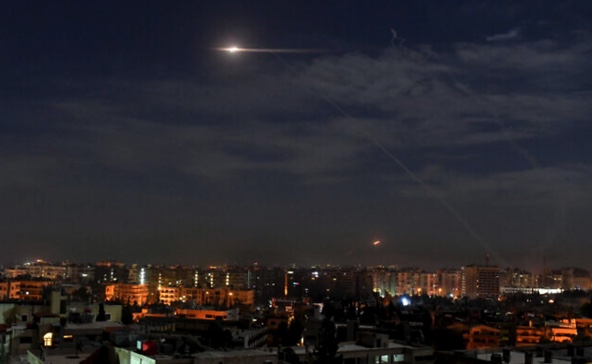 There was no comment from the Israel Defense Forces, in line with its policy of not generally commenting on air raids in foreign countries.

Shortly before the Syrian media reports, Israelis near the northern border filmed Israeli Air Force jets flying overhead. SANA said the IAF jets launched their missiles from over the Sea of Galilee in northern Israel.

SANA said two soldiers were wounded as a result of the strikes. Their conditions were not immediately clear.