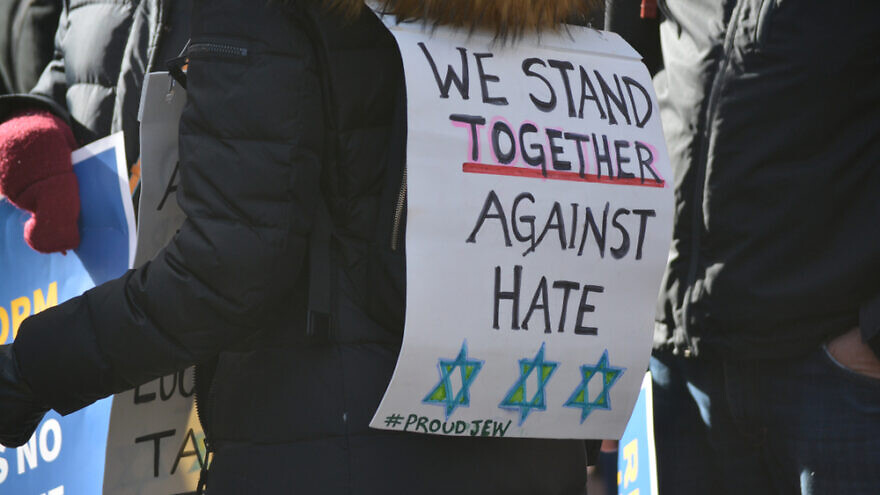 Survey: US Jews start to see far-left as serious threat, four in 10 Jews have had to conceal identity

For the third year in a row, the American Jewish Committee has released a survey about anti-Semitism in the United States and found large discrepancies in results between Jewish and non-Jewish respondents.

Some 17 percent of Jews say they were the target of an anti-Semitic remark in person over the last 12 months. Of those who were targeted, 23 percent were in the West, 29 percent in the South, 12 percent in the Midwest and 14 percent in the Northeast, according to Holly Huffnagle, AJC’s U.S. director for combating anti-Semitism.

Anti-Semitic remarks were also found online with 12 percent of Jewish respondents reporting that they were the target of online remarks. (The report did not ask about seeing anti-Semitism online in general, but was specific to individual targeting.)