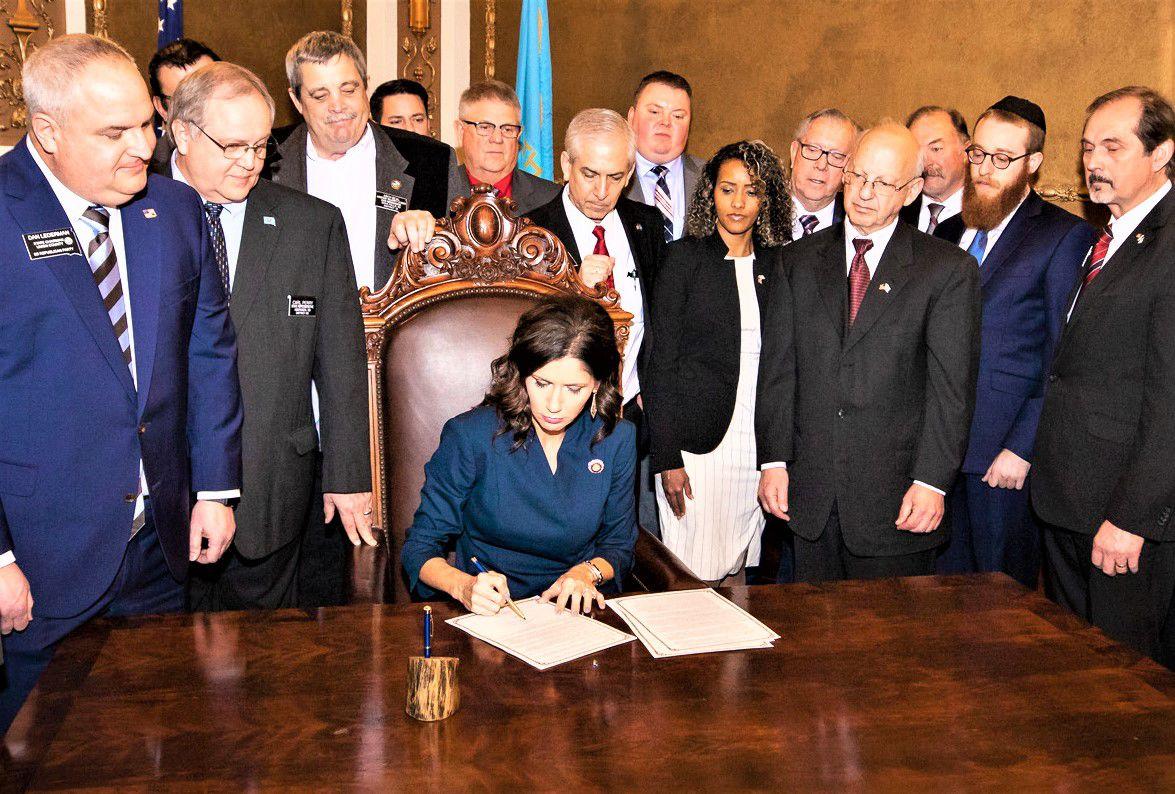 Governor Kristi Noem, on Jan. 14, signed an executive order that joins South Dakota with 27 other states in condemning anti-Semitism and standing against the Boycotts, Divestment, and Sanctions (BDS) campaign against Israel. The executive order directs state entities not to contract with businesses supporting the BDS campaign.

“Today, we reaffirm that South Dakota stands with Israel and will only contract with businesses who agree to fairly compete. Our state will not stand for any discrimination based on race or religion,” said Noem.

Executive Order 2020-01 ensures that state agencies are contracting with businesses who market broadly, positively impacting the state’s partnership with those entities for receiving goods and services. It also clarifies that the state will not be a passive participant in discriminatory tactics that advance the BDS campaign.

“For over a decade, the BDS movement has attempted to erode the confidence in Israel’s legitimacy by inflicting economic harm and limiting commercial relations through boycotts, divesting, and imposing sanctions against Israel,” said Rabbi Mendel Alperowitz, director of the Chabad Jewish Center of South Dakota. “I am grateful that Governor Noem is standing up to this ugly resurgence of anti-Semitism and unjust practice of discrimination against Jews, and for her continued support of Israel.”

“South Dakota has one of the smallest Jewish populations in the nation, yet the state’s strong support for the nation of Israel is unparalleled,” said Stephen Rosenthal, chairman of South Dakotans for Israel. “This action sends a clear message that anti-Semitism will not be tolerated in South Dakota.”

The executive order does not apply to individuals who choose to exercise a boycott by their own consumer purchases.

During the 2019 legislative session, the South Dakota House of Representatives, with the Senate concurring, passed House Concurrent Resolution 1005 that declared opposition to and condemned the BDS movement. The governor’s order brings action to this declared condemnation.