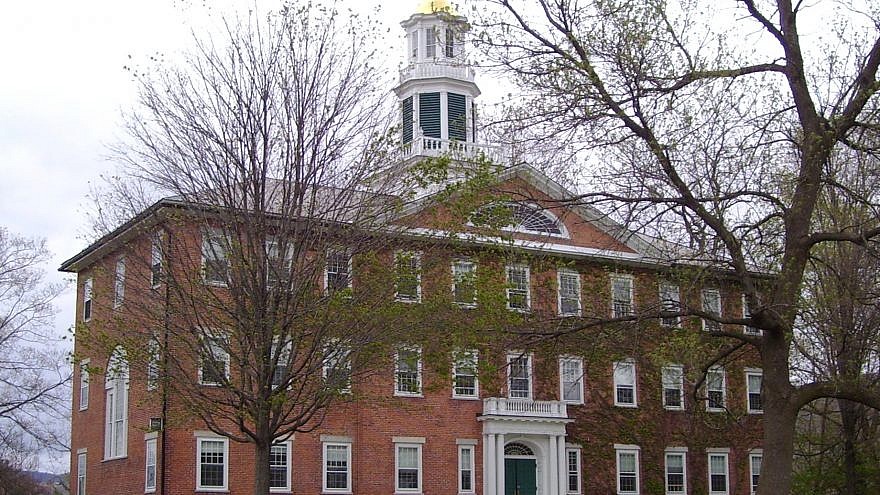 (May 3, 2019 / JNS) The student government at Williams College has rejected a pro-Israel group from being formed on campus, reported the student newspaper on Wednesday.

The tally of the anonymous vote was 13 in favor and eight against with one abstention.

Apparently, it’s the first time in more than a decade that the College Council voted against having a club that met the criteria of its bylaws.

Williams Initiative for Israel (WIFI), per its constitution, seeks “to support Israel and the pro-Israel campus community, as well as to educate the College on issues concerning Israel and the Middle East.”

Had it been recognized, WIFI would have had access to funding and administrative support.

Issues that the council members had with the group included it not taking a position on matters pertinent to the Israeli-Palestinian conflict.

At an April 16 council meeting, one student asked, “Why do you feel the need to ally yourself with the State of Israel as opposed to taking a human-rights-oriented approach?”

Another student seem concerned about having a club “that’s built on the assumption that Israel has a right to exist, in the sense that it has a right to enact its policies, which [are] oftentimes drowning out the voices of Palestinians.”