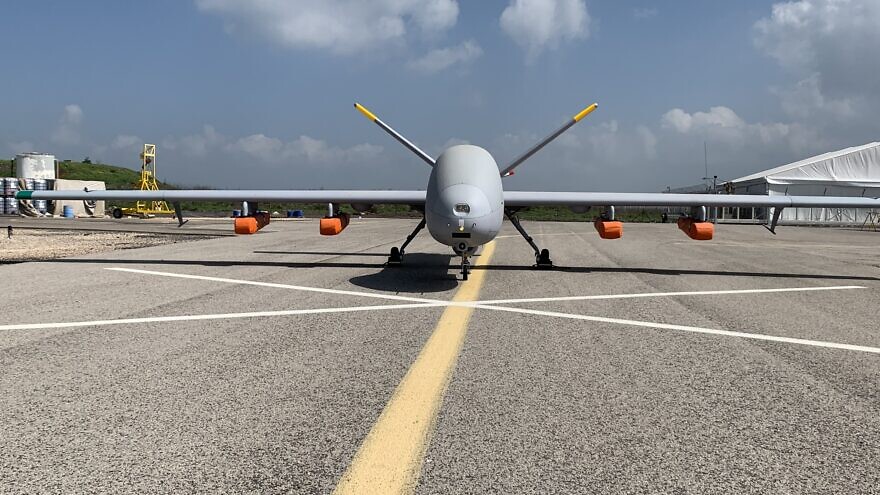 Stranded At Sea? A High-Tech Israeli Drone Can Save the Day

Israeli defense company Elbit Systems has announced in recent days that it has sold a unique version of its advanced Hermes 900 Unmanned Aircraft System (UAS) to an undisclosed customer in Southeast Asia.

The Maritime Patrol version of the Hermes 900 features inflated life rafts placed under the wings that the drone drops off from a low altitude to rescue those in the water.

It also features what Elbit described as a “precision dispatch capability.” This means that the system uses a combination of advanced cameras and radar to conduct long-range sea search-and-rescue missions.

It’s able to automatically detect and track any objects of interest – in this case, survivors of a capsized vessel in the sea – using its advanced sensors.

Once it detects the location of survivors, the drone transmits their precise location back to operators sitting in a control cabin. The Hermes 900 enters into an aerial route that is designed to enable it to begin a rescue operation.

The operators provide approval for the rescue, and the system then drops off the life rafts into the water.

In difficult weather conditions, manned aircraft can struggle to conduct search-and-rescue missions, but the Hermes 900 is designed to operate in such conditions and can fly for more than 24 hours continuously, Elbit said in a statement, operating in both day and night.