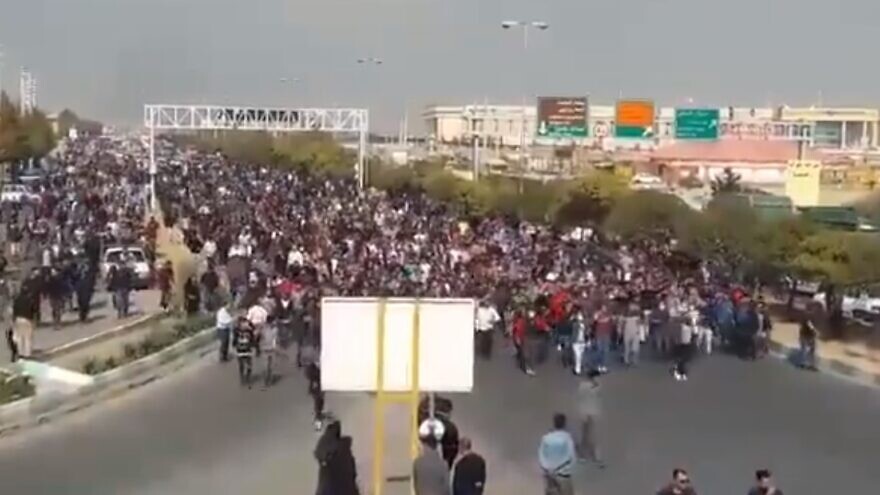 (December 5, 2019 / JNS) The latest mass Iranian protests have killed as many as 1,000 citizens, including at least 12 children, said U.S. Special Representative for Iran Brian Hook on Thursday.

“This is the worst political crisis the regime has faced in its 40 years,” he told reporters at the U.S. State Department.

“Look, they even jail and murder environmentalists when they organize like the Persian Wildlife Heritage Foundation,” added Hook about the regime.

He mentioned that the State Department received tips, including videos, from 32,000 people that demonstrates the brutality behind the Islamic Republic’s crackdown of the protests, including the Islamic Revolutionary Guard Corps (IRGC) shooting demonstrators with bullets from machine guns, followed by loading bodies onto trucks.

With the Internet shut down in the country, Hook said that the United States has tried to “facilitate communication.”

Additionally, Hook announced $15 million, as part of the State Department’s Rewards for Justice Program, for information on IRGC Quds Force operative Abdul Reza Shahlai, who has been sanctioned by the United States.