Holocaust Survivor Irving Roth felt like this was one of the best crowds ever. It was also very special because as Irving spoke, Albert translated in Spanish and Pastor Becky Kenaan made sure it was recorded so that we have his story in Spanish. There were about 130 people in this audience as well and Pastor Becky said that the entire first three rows were all new people from the community who heard about it through the news! We had an amazing treat: 3 of our visitors were the daughter, son-in-law and grandson of one of the soldiers who was part of the regiment that found and freed Birkenau.  ~Lydia Williams, CUFI on Campus 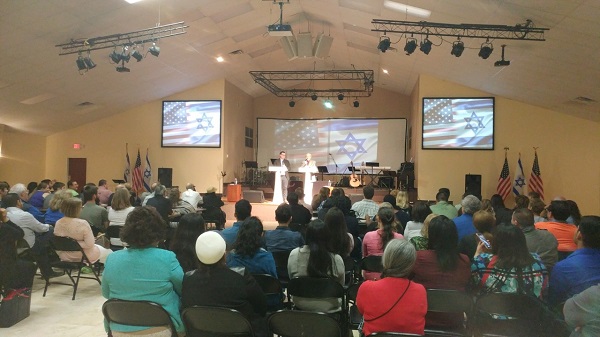