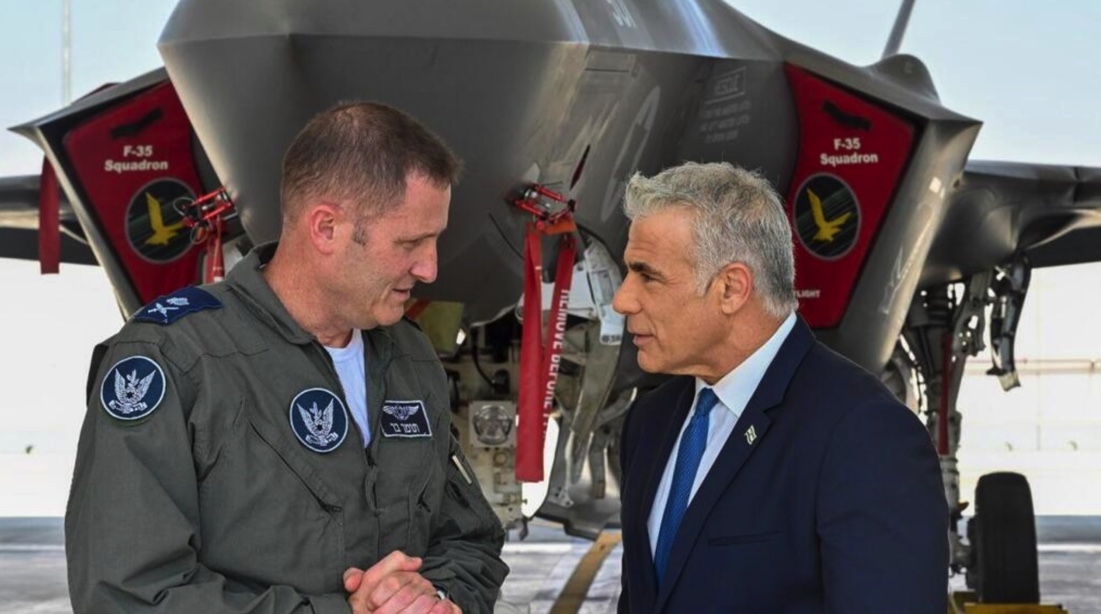 Standing next to an F-35 fighter jet, Lapid issues stern warning to Iran

Prime Minister Yair Lapid visited an the F-35 fighter jet squadron at an Air Force base in southern Israel on Tuesday and issued a stern warning to Iran standing next to the imposing warplanes.

“If Iran continues to try us, it will discover Israel’s long arms and capabilities,” the premier said curtly.

The prime minister’s message was made in coordination with the U.S. administration and comes amid Mossad Director David Barnea’s trip to Washington.
“It’s still too early to know whether we succeeded in thwarting the nuclear deal, but Israel is prepared for any threat and any situation,” Lapid said.
“We will continue to act on all fronts against terrorism and against those who seek to harm us. As agreed between me and [U.S.] President [Joe]Biden, we have full freedom of action to act as we see fit in order to prevent Iran from becoming a nuclear threat.”
Lapid said that Barnea’s trip to Washington is part of Israel’s ongoing pressure campaign to dissuade the U.S. from rejoining the 2015 nuclear deal, which Jerusalem views as an immedaite threat to its security.